We are grateful for Pakistan’s support to Azerbaijan - Aliyev | Eurasia Diary - ednews.net

"The Azerbaijani community of Nagorno-Karabakh is ready to live with the Armenian population" - Hikmet Hajiyev
Read: 699

We are grateful for Pakistan’s support to Azerbaijan - Aliyev 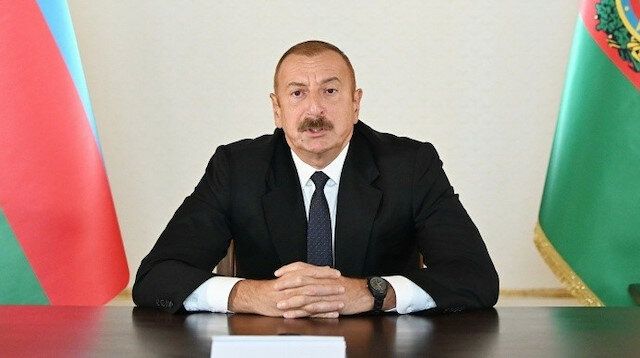 President Ilham Aliyev hailed Pakistan's resolute support to Baku on Wednesday over the escalating tensions between Armenia and Azerbaijan, one of the world's oldest conflicts that re-erupted as heavy border clashes broke out on Sundaym Yeni Safak reports.

Praising Pakistan for always standing in solidarity with Azerbaijan and expressing his gratitude, Aliyev said, "Pakistan is a country that does not recognize Armenia for its occupation of Azerbaijani lands. This is a true demonstration of brotherhood," as he received letters of credentials from Bilal Hayee, Pakistan's newly-appointed Ambassador to Azerbaijan.

“Azerbaijan has always supported Pakistan in all matters, including in the Kashmir issue. This mutual support reflects the brotherly nature of our cooperation,” Azerbaijan's state news agency quoted him as saying.

Azerbaijan's parliament declared a state of war in some cities and areas, following Armenia's border violations and attacks in the occupied Upper Karabakh region, also known as Nagorno-Karabakh.