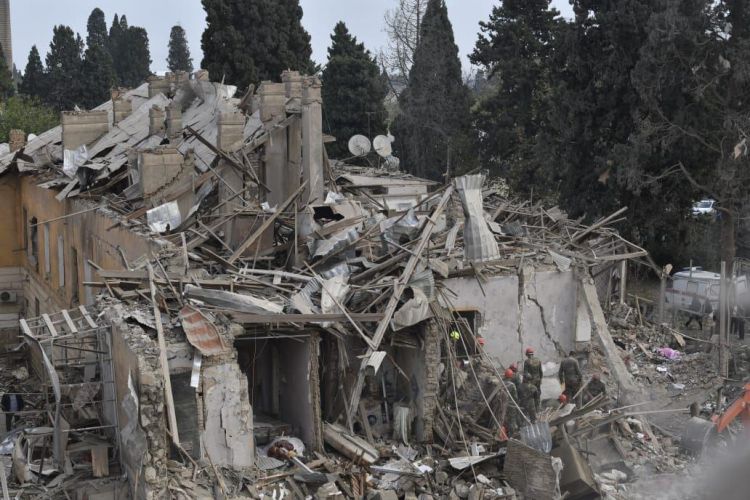 “We all watched the meeting of the foreign ministers of Azerbaijan, Armenia and Russia and waited to see how the negotiations would end. We also closely followed the speech of Azerbaijani Foreign Minister Jeyhun Bayramov and Assistant of the President of Azerbaijan Hikmet Hajiyev the day after the announcement of the ceasefire. And then it became known that innocent people were killed as a result of the shelling of Ganja at night by the Armenian Armed Forces,” the head said.

“I agree with every word of Hikmet Hajiyev. This is a real genocide. It has long been prohibited to launch missiles such as Smerch, Grad, Tochka-U at civilians. We saw that Armenia does not know what humanity is. These actions by Armenia were directed not only against the Azerbaijani people, but also against the Russian people. Committing such actions after both sides have agreed on a truce is worse than fascism. Even the fascists did not act as the Armenians act now,” Hanukayev outlined.

Regarding the Collective Security Treaty Organization (CSTO), Hanukayev noted that if Russia today dissolves this organization or deprives Armenia of its membership in the CSTO, this will be the most correct step, and then Armenia will have nothing to breathe with.

Following almost two weeks of intensive military confrontations, on Oct. 10 Armenia and Azerbaijan, with Russia's mediation, have agreed on a temporary ceasefire for humanitarian purposes, for exchange of prisoners of war as well as bodies of the dead. Despite the agreement, Armenia continues to violate the ceasefire regime in the direction of occupied Azerbaijani lands.

On October 11, 2020 at about 2:00 AM (GMT+4) Armenian Armed Forces fired missiles at multi-apartment residential buildings in the central part of Ganja, the second largest city of Azerbaijan, located outside the frontline zone.

According to the latest data, 9 civilians, including 4 women, were killed as a result of missiles hitting the buildings.