Under no circumstances can the territorial integrity of Azerbaijan be violated - President Ilham Aliyev | Eurasia Diary - ednews.net

The desecration of Azerbaijani historical buildings and cemeteries is indicative of Armenian hatred - British Journalist
Read: 404

Design work has begun on the construction of another highway in the territories liberated from the occupation
Read: 242

Activities on provision of peacekeeping contingent of Russia are being held - Azerbaijan`s Defense Ministry - PHOTOS
Read: 241

"I am very glad to announce that, Lachin region has been liberated from occupation." - Azerbaijani President
Read: 174 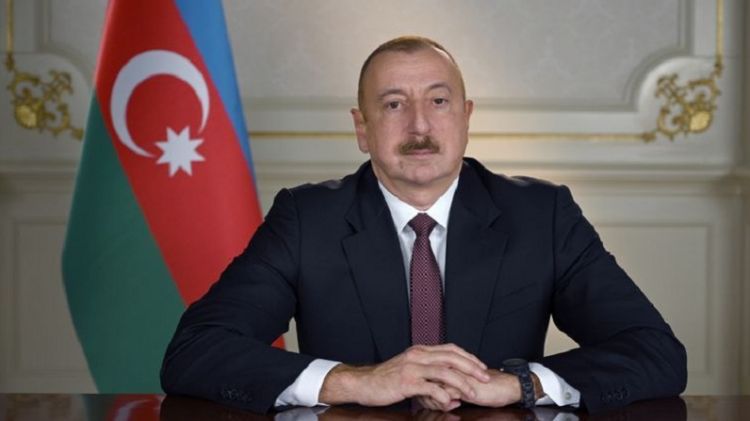 Under no circumstances can the territorial integrity of Azerbaijan be violated, President Ilham Aliyev said in an interview with Dmitry Kiselev, General Director of the "Rossiya Segodnya International News Agency" media group for the Russian news agency RIA Novosti.

"Our position has always been very constructive and consistent. It was also based on the norms of international law in terms of implementing the four resolutions of the UN Security Council, which required the complete, immediate, and unconditional withdrawal of Armenian forces from our territories. Our position has always been based on a pragmatic approach, and I think that the developments that exist on the negotiating table clearly show that. As for the "red lines", we stated this very clearly, and the Co-Chairs of the Minsk Group are well aware of this: under no circumstances can the territorial integrity of Azerbaijan be violated, and under no circumstances will Azerbaijan give its consent to the independence of Nagorno-Karabakh. But at the same time, our proposal was based on the fact that in the future the Armenian community and the Azerbaijani community should live peacefully and coexist on the territory of Nagorno-Karabakh. As it happens, by the way, in other settlements of Azerbaijan, including Baku, where there is a community of many thousands of Armenians, in Russia, Georgia, in other countries where Armenians and Azerbaijanis sometimes live and work in the same village, and there is no contradiction between them. Why can't that be achieved in our country? We are determined to do so, but of course, the consequences of ethnic cleansing must be eliminated and all our IDPs must return to their homes. Here, in principle, I have revealed to you a little bit more than the basic principles, our approach to possible compromises," the head of state said.