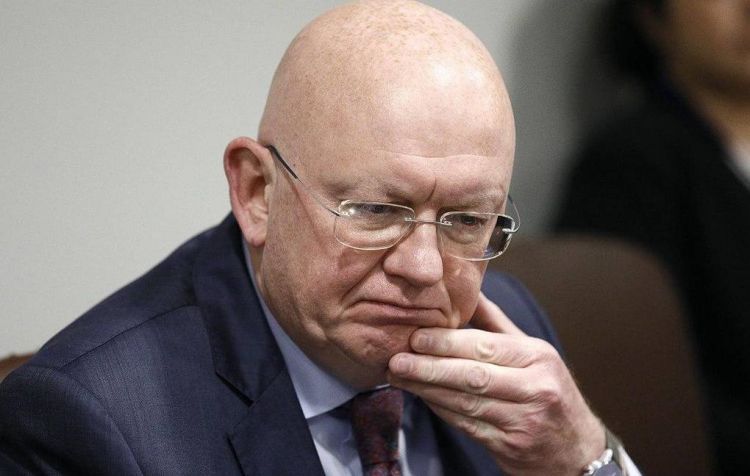 The UN Security Council discussed the need to ensure verification of a ceasefire in Nagorno-Karabakh, Russian Permanent Representative to the United Nations Vasily Nebenzya told reporters on Monday after a closed-door meeting on the disputed region, Tass news reports.

"There is a need to ensure verification (of a ceasefire - TASS), I think that’s the most pressing issue now, since the agreement on a ceasefire has been reached it was not observed," said Nebenzya, who presides over the UN Security Council in October. "The major question is how to verify the ceasefire, which is being violated."

According to Nebenzya, there were reports that the Russian defense minister had discussed with his Armenian and Azerbaijani colleagues how to implement this verification mechanism.

"This issue was raised of course at the consultations and the Council was pretty much united on how they see it," the diplomat said. Meanwhile, he explained that a special mandate of the Security Council would be required for sending a UN observer mission to the region. "That’s not an easy and immediate thing," he said.

The Russian envoy did not rule out that the verification process could be implemented by the Organization for Security and Cooperation in Europe, which leads the settlement. "Who will be there and in what capacity, who will be actually verifying it - that’s still a question being discussed."