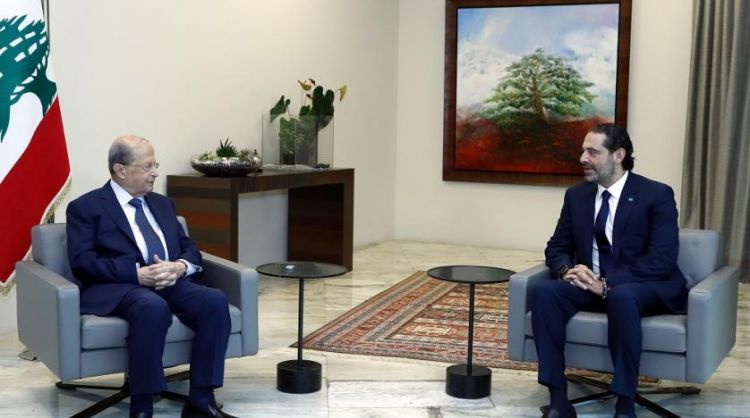 After a meeting that lasted more than an hour, Hariri told reporters: “I will not say much and will not reply to any question. The meeting was long and positive.”

Sources close to Aoun reiterated the positive remarks, saying they were optimistic that a new government will be formed in a short time.

Some political sources even predicted that the cabinet may be formed in no more than two weeks. Governments notoriously take weeks and months to form in Lebanon as political powers bicker over shares and portfolios, to the detriment of the country.

The sources revealed that an agreement has already been reached over the details of the government, including the distribution of portfolios, significantly the sovereign ones.

Informed sources told Asharq Al-Awsat that the positive atmosphere that marked the parliamentary consultations earlier this week and Speaker Nabih Berri’s remarks on Aoun’s appointment of Hariri as PM-designate reflect a will from all parties to facilitate his mission.

A general agreement has been reached over the formation of a cabinet of no more than 20 ministers, they continued.

The lineup is almost complete and it builds on the progress that former PM-designate Mustafa Adib made before he stepped down from his mission, they added.

The quick formation of a government will positively impact the situation in Lebanon, especially the dollar exchange rate, “which will collapse dramatically as soon as the cabinet is announced,” predicted the sources.