Turkish exploration vessel returns to port ahead of EU summit 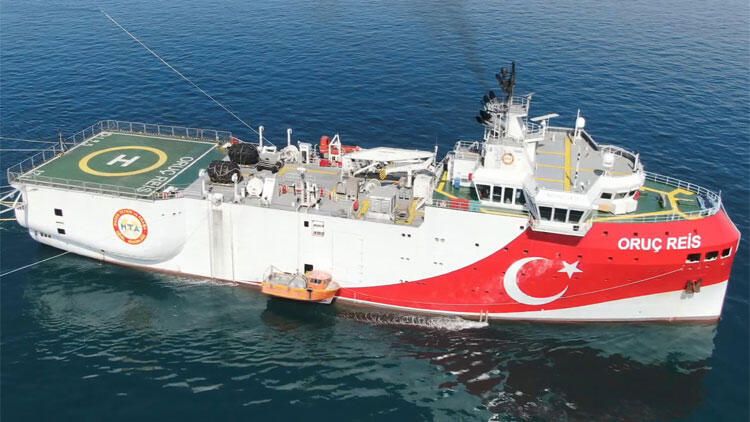 Turkey’s research vessel Oruc Reis has returned to the port of the southern province of Antalya after finishing seismic studies in the eastern Mediterranean, less than two weeks before a European Union summit where the bloc will evaluate possible sanctions against Ankara, Hurriyet Daily reports.

“Our Oruç Reis seismic research ship has completed its two-dimensional [2D] seismic studies in the Demre field, which it started on Aug. 10. Our ship, which collected 2D seismic data of 10.955 kilometers, has returned to Antalya Port,” the Energy and Natural Resources Ministry said on Nov. 30 in its Twitter post.

Refinitiv ship tracking data has confirmed that Oruc Reis was back in port in Antalya on Nov. 30 morning. The data also showed drillship Yavuz in waters near Turkey’s southern coast, while seismic survey vessel Barbaros Hayreddin Paşa was still out at sea south of Cyprus.

It conducted various geological, geophysical, hydrographic and oceanographic surveys, especially of the continental shelf, while also searching for natural resources.

NATO members Turkey and Greece have conflicting claims to continental shelves and rights to potential energy resources in the eastern Mediterranean. Tensions flared in August when Ankara sent Oruç Reis to map out energy drilling prospects in waters also claimed by Greece.

After weeks of tension, Ankara and Athens agreed to resume talks over their contested maritime claims in September, ending a four-year hiatus. But Greece has since said it would not begin talks as long as Turkish vessels were in contested waters.

Turkey earlier withdrew the Oruç Reis vessel from the eastern Mediterranean ahead of the previous EU summit in October to “allow for diplomacy with Greece,” but later sent it back after what it called unsatisfactory outcomes from the summit.

The ship was earlier expected to finish its work by Nov. 23. but Ankara had extended its seismic survey in the disputed area of the eastern Mediterranean until Nov. 29.

Last week, the EU Parliament called for sanctions against Ankara over President Recep Tayyip Erdoğan’s visit to North Cyprus and Turkish operations in the eastern Mediterranean, which it called illegal. Turkey said it fully rejected this.

The EU leaders will meet on Dec. 11-12 to discuss the sanctions, with France leading a push in the bloc to sanction Turkey. Paris has yet to draw up sanctions, but diplomats say that any measures taken would likely target the areas of Turkey’s economy linked to hydrocarbon.