Space hurricane which rains electrons instead of water discovered by scientists
Read: 1298

Syrian army has received a new batch of Russian weapons 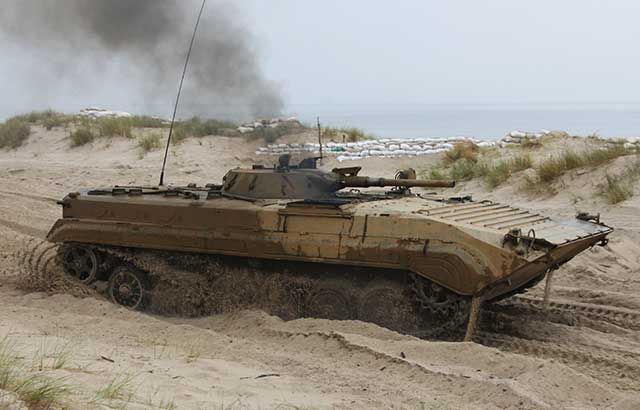 The Syrian army has received a new set of Russian weapons. The information comes from the Lebanese news agency Al-Masdar News and the Russian online media Aviapro. However, the two media have a discrepancy in information.

Lebanese Al-Masdar News claims that a new batch of armored infantry vehicles has arrived in Syria and go already into service to the Syrian Arab Army. It’s about the Soviet BMP-1, which is an amphibious infantry landing combat vehicle. This armored vehicle combines the functionality of a lightly armored personnel carrier and a tank. Production of the BMP-1 began as far back as 1966.

At the same time, the Russian news agency Aviapro confirms this news. But he added that the Syrian Arab Army had received additional new Russian MiG-29 fighters. As Russian journalists note, it is unclear precisely what update of the Syrian army is in question. However, they claim that Syria has received a significant amount of Russian MiG-29 fighters and two strategic Su-24 bombers in recent months.

We know for sure that Bashar al-Assad’s army received six upgraded MiG-29s in May last year (2020-ed.). In June of that year, Russia delivered the second batch of upgraded Syrian MiG-29 fighters. Some of them later took part in hostilities against the Turkish army and pro-Turkish soldiers throughout the country. That same year, the Syrian military lost one of its fighters near a military base in Poms. The pilot died.

Aviapro also claims that the Syrian army may have received an additional shipment of attacking Russian helicopters. There is no official statement from the Syrian government, nor confirmation of the Syrian news agency SANA deliveries.