Space hurricane which rains electrons instead of water discovered by scientists
Read: 1664 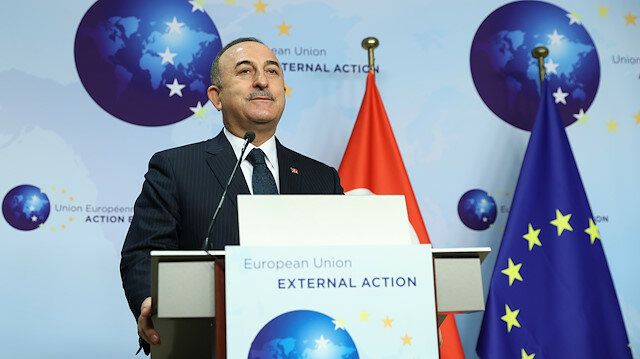 The Turkish foreign minister said Thursday it is important to establish a positive atmosphere in Turkey-EU ties and that concrete steps are needed to make it sustainable, Eurasia Diary reports citing Yeni Safak.

Mevlut Cavusoglu arrived in Brussels Wednesday evening for a two-day visit for talks with top EU and NATO officials.

Speaking at a joint news conference with the EU foreign policy chief Josep Borrell, Cavusoglu said: “It’s very important to create a positive atmosphere but in order for that agenda to be sustainable we need concrete steps by both sides.”

Adding that 2020 was a problematic year for Turkey-EU relations due to a joint declaration after the December summit, Cavusoglu said: “But since then both sides have expressed will, in order to create a positive atmosphere for the developments of ties between the two sides.”

Some other issues such as visa liberalization, modernization of Turkey’s 1995 Customs Union with the EU, and “other concrete steps which will build the future of the EU and Turkey together” will also be on the agenda, Cavusoglu said.

Turkish and the EU officials will also discuss developing joint solutions for other regional challenges.