Russia is developing a new armor for its armored vehicles
Read: 509

A planet close to us with a day that lasts forever and an eternal night lit up by exploding volcanoes
Read: 478

'US regional presence in Iran's sights amid recent military drills' 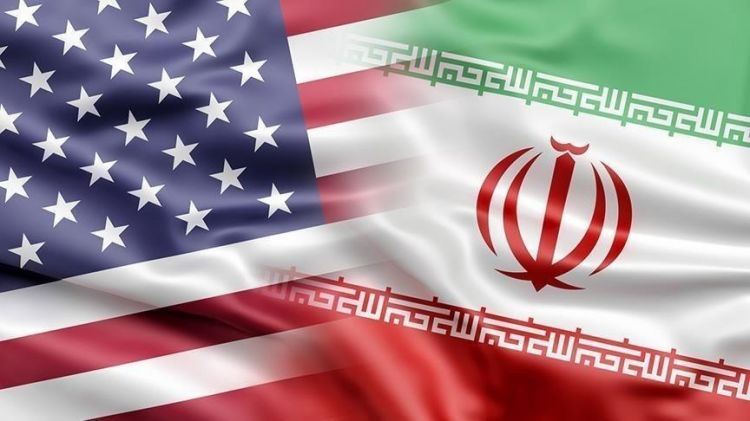 Recent military drills by Iran in its southern waters amid heightened tensions with Washington are a message to the new US administration, according to a political expert.

Iran has held a series of military drills in recent weeks. The exercises have gained momentum since the US dispatched warships, submarines and an aircraft carrier to the Gulf region, sparking tensions and fears of a direct military confrontation between Tehran and Washington, Eurasia Diary reports citing Anadolu Agency.

"Through the missile and drone exercises, the Iranian government aims to show its strength to the Iranian public, while it is sending a message to the new US administration that prospective negotiations between the two countries will not be easy," Hakki Uygur, deputy head of the Center for Iranian Studies (IRAM) in the capital Ankara, told Anadolu Agency.

Iran had a very difficult year in 2020 as it tried to face down numerous attacks targeting its domestic and external security, Uygur said.

Pointing to the timing of the military exercises, Uygur said the country had to somehow respond to these attacks against its national security since the government's inability to do so directly in their aftermath had caused internal unrest.

Military drills came amid speculations that Iran was seeking retaliation for last year’s killings of top military commander Qasem Soleimani by the US and nuclear scientist Mohsen Fakhrizadeh.

Following Soleimani's killing, the two countries had briefly come to the brink of direct military confrontation, though this was eventually averted.

Soleimani was killed along with Abu Mahdi al-Muhandis, the deputy leader of Iraq's Hashd al-Shaabi militia or Popular Mobilization Forces (PMF) in a US drone airstrike outside Baghdad International Airport on Jan. 3 of 2020.

On Nov. 27, Iran announced that nuclear scientist Mohsen Fakhrizadeh, 63, was assassinated when his car was targeted on the outskirts of Tehran.

"Through the recent military exercises, Iran probably aims to threaten the US presence in the region," Uygur said.

With the drills, the Iranian army targeted US navy elements in more distant positions rather than the US bases in the region, which falls within the range of its missiles, Uygur noted.

On Jan. 20, the Iranian army's ground forces wrapped up a two-day military exercise code-named Eqtedar-99, along the country’s Makran coast in the Sea of Oman in the presence of top military officials.

The army's deputy commander, Brig. Gen. Kiomars Sharafi, said "disrupting the enemy's command and communication system at the sea" were among the tactics performed during the drill.

A wide array of long-range ballistic missiles and drones were used to target "hypothetical enemy bases" in the Sea of Oman and northern parts of the Indian Ocean during the military games.

Iran's army chief Gen. Mohammad Hossein Bagheri, who was present at the occasion, said Iran was "at the peak of its power" with "high preparedness in land, air, sea and missile defense."

IRGC chief Gen. Hossein Salami said the ongoing military exercises were aimed at showing Iran's "deterrent power" and to "thwart hostile moves of the enemy," referring to the US.

Earlier on Jan. 13, Iran's Navy carried out a major exercise in the Gulf of Oman, in which the forward base ship Makran and missile-launching frigate Zereh were formally handed over to the naval forces.

Iran has made considerable progress in the development of ballistic and cruise missiles over the past decade, Uygur said.

The country has also been making serious efforts to develop the operational capability of its drones as it has been experiencing difficulties in importing conventional weapons, he said.

"Iran's growing drone and ballistic missile capacity causes concern in the countries of the region, especially in Saudi Arabia and Israel," Uygur noted.

He underlined that Iran uses its ballistic missile and drone inventory not only for its national army, but makes them available to its proxies in the region as well, such as Hezbollah and Ansar Allah in Yemen, also known as the Houthis.

The issue of Iran's increasing drone and ballistic missile capacity is expected to be on the table in the prospective US-Iran negotiations, according to Uygur.

Iran's Foreign Ministry earlier this month said it was "monitoring" what it termed "hidden moves" by the US in the region and said it had conveyed "warnings" to Washington and regional countries.

It came after the Pentagon reversed its previous decision and ordered aircraft carrier Nimitz to remain in the Persian Gulf region in view of what it termed "threats issued by Iranian leaders against President Trump and other US officials."

With Joe Biden taking over as the new US President last week, all eyes would be on how the tensions between the two long-time adversaries will pan out in coming weeks and months.

On Jan. 20, Biden was officially sworn in as US president and Kamala Harris as vice president.