A planet close to us with a day that lasts forever and an eternal night lit up by exploding volcanoes
Read: 486 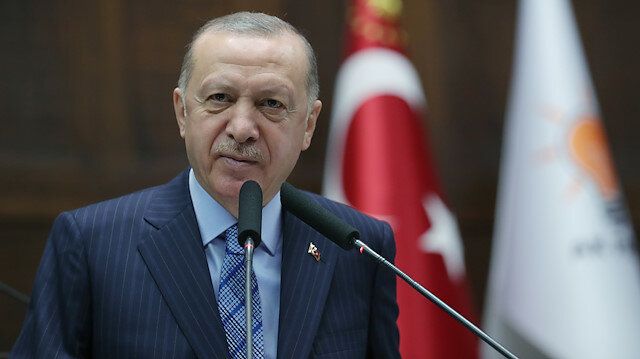 The world should step up to say "stop" to Islamophobia and xenophobia which have multiplied in recent years through the use of digital platforms, Turkey's President Recep Tayyip Erdogan said Wednesday, Eurasia Diary reports citing Yeni Safak.

His remarks came in a video message released on the occasion of the International Holocaust Remembrance Day.

"The International community should take action so that tragedies such as the Holocaust, Bosnia, Rwanda, and Cambodia do not recur," he said.

Erdogan said that humanity is going through a difficult period, adding that the "racism virus" has become increasingly widespread along with the pandemic.

He underlined that there is a "serious increase" in acts of violence on places of worship, such as mosques, synagogues, and churches.

"Hate crimes against some segments of society with different ethnic identities, religions, language, and appearances have been increasing day by day."

Racist terrorism has turned into a security threat that undermines social peace and people's will to live together, Erdogan said.

"The signs of the Holocaust, the Bosnian, Rwandan, and Cambodian genocides, in which millions of people lost their lives, were evident with systematic discrimination, marginalization, and rising hate speech long before these massacres," he said.

He emphasized that all these genocides serve as a reminder to the international community to fight against all kinds of discrimination and prevent crimes against humanity.

"It is far beyond being a mere moral attitude that should be adopted by every state, but also a contractual obligation under the 1948 UN Convention on the prevention and punishment of the crime of genocide."

Erdogan said that each and every international organization, government, media, politician, civil society, religious group, and opinion leader has "essential roles" to play in this context.

Turkey has been making efforts in this regard on international platforms, particularly the Alliance of Civilizations Initiative.

"Likewise, with the open-door policy we implement, we protect everyone who takes refuge in our country regardless of their beliefs, language, and origin," the president said.

"On this occasion, I respectfully remember the memories of the victims of the genocide and hope for a future where all kinds of discrimination will end, and crimes against humanity will not be experienced," Erdogan concluded.