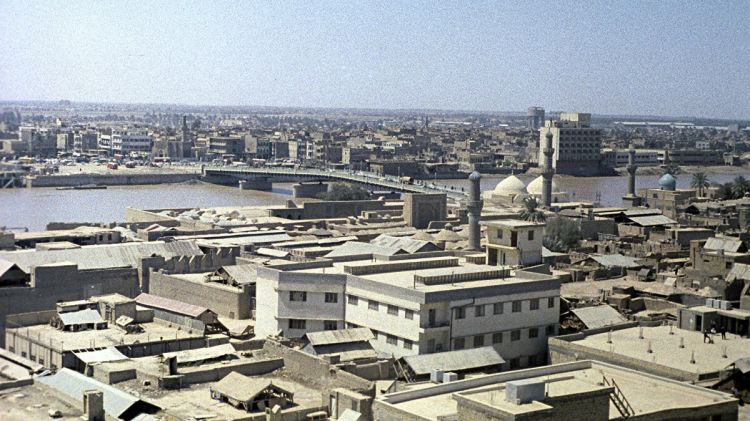 On Monday, Pope Francis completed his visit to Iraq, where he met with both the country’s small Catholic community and the revered Shiite cleric Grand Ayatollah Ali al-Sistani in the holy city of Najaf, to share a message of religious harmony, Eurasia Diary reports citing Sputnik.

According to Iraqi media reports, a grenade exploded near the al-Aimmah bridge in northern Baghdad on Monday night, killing a woman and injuring eight other people.
According to the security media cell of Prime Minister Mustafa al-Kadhimi’s office, the explosion occurred in a garbage dump near the bridge, which connects Shiite and Sunni parts of the city.
Iran’s PressTV noted that Tuesday is the anniversary of the martyrdom of Musa al-Kadhim, a Muslim scholar respected by both Sunnis and Shiites, but who holds special reverence for Twelver Shiites. Large numbers of pilgrims are expected at the Al-Kadhimiya mosque located near where the attack happened.
SecMedCell later noted that one person had died in the attack, while three others required surgery. Video purported to be authentic was shared on social media, showing the arrest of a suspect following the attack.
​In 2005, a stampede on the bridge killed nearly 1,000 pilgrims who were either trampled or died after the bridge’s sides gave way, making them fall into the Tigris River. According to media reports, the incident was provoked by rumors of an imminent suicide bomb attack on the procession, as the incident took place during the US occupation of Iraq.