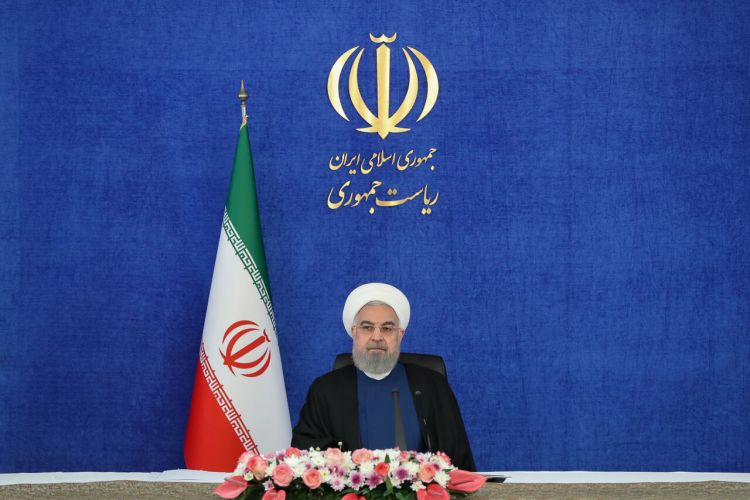 “I reiterate that all Iran’s nuclear activities are peaceful and for civil purposes; as Supreme Leader of the Islamic Revolution Ayatollah Seyyed Ali Khamenei has frequently said, Islam's legal system forbids pursuit of weapons which raise great danger for great community," the Iranian president said.

He said that one can think of the US bombing of Japan with nuclear weapons in World War II and its impacts which persist until now to realize that seeking nuclear weapons is a wrong, unethical path.

President Rouhani went on to say that by signing the JCPOA, Iran reversed the view that its nuclear program was illegal and wiped off all UN Security Council resolutions condemning Iran.

The JCPOA, a deal signed between Iran and six world powers in 2015 to lift sanctions against Iran in return of limitations on its nuclear program, gave a legal status to Iran’s nuclear activities, according to Rouhani.

He mentioned the legislation ratified by Iran’s Parliament, giving a deadline to the administration to even reduce compliance to the JCPOA if the US and European countries failed to lift sanctions.

Rouhani said that the ability to implement the legislation showed that Iran’s nuclear capability is stronger that any time before, referring to the IR6 enrichment chain installed.

“In terms of technology, we achieved today IR9 centrifuges with capability of 50 SWU which is 60 times more powerful that first generation centrifuges,” the President added.

He said that Iran’s original commitment to the world was to abide by Non-Proliferation Treaty (NPT), which, according to Rouhani, is as simple as commitment to avoid military use of nuclear energy.

The head of Iran’s executive branch castigated the participants to the JCPOA and the International Atomic Energy Agency for their negligence in helping Iran further develop its peaceful nuclear energy infrastructure.

He said that IAEA pursued only inspection measure, while it was also obliged to help Iran develop its nuclear industry as it was a member of NPT and had further implemented the Additional Protocol and safeguards agreements.

Rouhani commemorated Iranian nuclear energy scientists who were assassinated and martyred because of their role in Iran’s peaceful nuclear program.