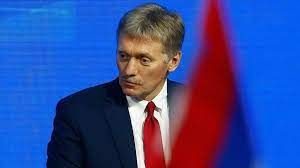 "I will leave it without comment," he told reporters on Friday, when asked to confirm or deny the reports of this request.

At the same time, Peskov pointed out that "the political advisors and aides to the heads of state maintain constant contact, so they have an opportunity to discuss pressing issues on a regular basis."

Zelensky said earlier in an interview with Le Figaro, a leading French newspaper, that Putin had rejected a proposal to hold a telephone conversation. Peskov noted on April 13 that the Kremlin had not received any requests for a phone call from the Ukrainian presidential office in the previous days.