Demarcation and delimitation of borders between Azerbaijan and Armenia is coming to end soon - Azerbaijani official
Read: 273 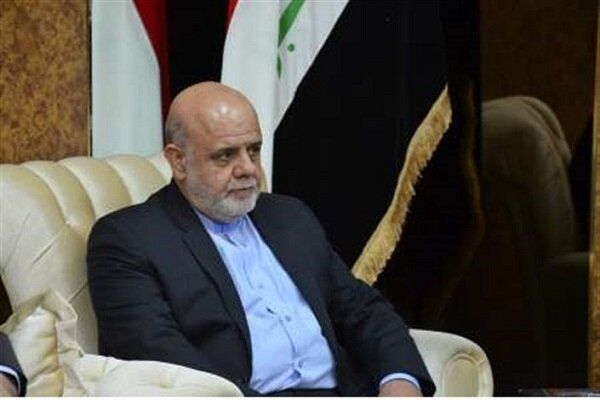 Iranian Ambassador to Baghdad said that Iran welcomes and encourages any move that leads to the development of relations and cooperation between regional states, Eurasia Diary reports citing Mehr News.

Iran supports the development of Iraq's relations with the Arab world, he said, adding that regarding the discussions on Baghdad's mediation to de-escalate tensions between the countries of the region, Iran welcomes and encourages any move that leads to the development of relations, cooperation and closeness between Iraq and the Arab countries, neighbors and the region.

The envoy stressed that the presence of US troops is not in the interest of Iraq and the region, and the armed forces in Iraq and the region alone can provide security, adding that the case of the assassination of the martyrs Qasem Soleimani and Abu Mahdi al-Muhandis is being pursued by the two countries in different judicial, legal and political, and international aspects.

Referring to the reciprocal visits of officials from Iran and Iraq to Tehran and Baghdad, he said that despite the coronavirus situation, agreements have been reached between Iran and Iraq in the field of trade.