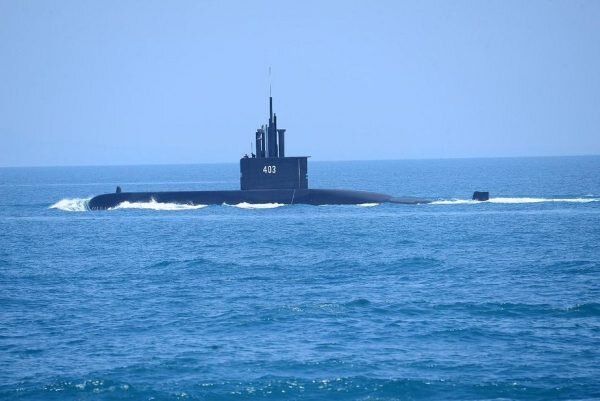 An Indonesian Cakra (Type 209/1300)-class diesel-electric submarine (SSK) has been reported as missing and an attempt to rescue it is currently underway.
The Indonesian government has yet to issue an official statement but Janes has confirmed with Indonesian Navy (Tentara Nasional Indonesia – Angkatan Laut: TNI-AL) sources that the missing boat is KRI Nanggala (402), which was deemed to be in distress after missing a scheduled reporting call with the TNI-AL at about 03:00 local time on 21 April.
Subsequently, the TNI-AL sent out a distress call to the International Submarine Escape and Rescue Liaison Office (ISMERLO) at about 09:37 to report the boat as missing, with the presumption that it has sunk, Janes reported.
According to further information from TNI-AL sources, Nanggala is believed to have disappeared about 26.5 n miles northwest off Singaraja on the island of Bali. Janes understands that the submarine was in the area to conduct a torpedo drill, which was scheduled for 21 April.
The TNI-AL has dispatched several warships to the area, including the hydrographic ship, KRI Rigel (933), for the search. Other vessels currently on the scene include the TNI-AL’s first-of-class Fatahillah corvette (361), the lead Bung Tomo-class corvette (357), and the Kapitan Pattimura (Parchim I) class corvette, Teuku Umar (385).
Nanggala is a German-built vessel that has been in service since 1981. It is one of two Cakra-class submarines operated by the TNI-AL. It has an overall length of about 60 m, displaces 1,400 tonnes when dived, and can accommodate a crew of 34 including six officers.