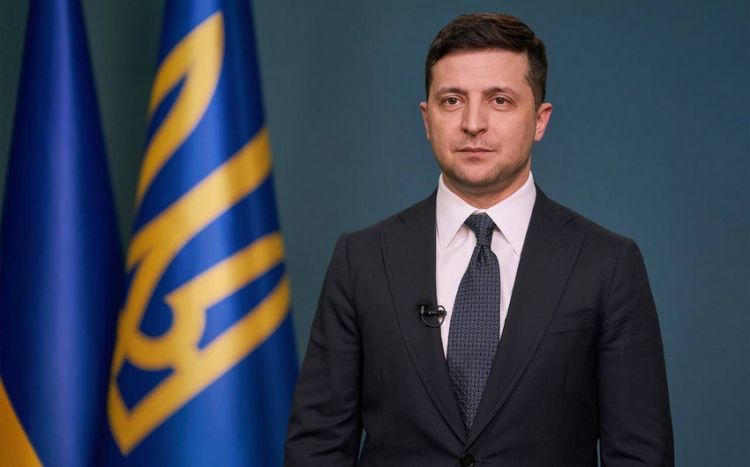 President of Ukraine, Volodymyr Zelensky, has put into effect the decision of the National Security and Defense Council (NSDC) of April 15 in relation to legal entities and individuals involved in smuggling.

According to Report  News Agency, the corresponding decree was published on Wednesday on the website of the president's office.

"To put into effect the decision of the National Security and Defense Council of Ukraine dated April 15, 2021 'On the application of personal special economic and other restrictive measures (sanctions),'" the decree reads.

The sanctions list includes 13 individuals and 95 companies. Individuals include Araik Amirkhanyan, whom Zelensky stripped of Ukrainian citizenship this week. According to the RBC-Ukraine agency, this is due to Amirkhanyan's Armenian citizenship, in addition to Ukrainian. According to Ukrainian media reports, in 2019, he was detained on suspicion of creating a 'mechanism for the illegal transfer' of people from Ukraine to Russia through Crimea, as well as the illegal seizure of property of Ukrainian enterprises in the amount of almost 20 million hryvnias (more than 700,000 US dollars).