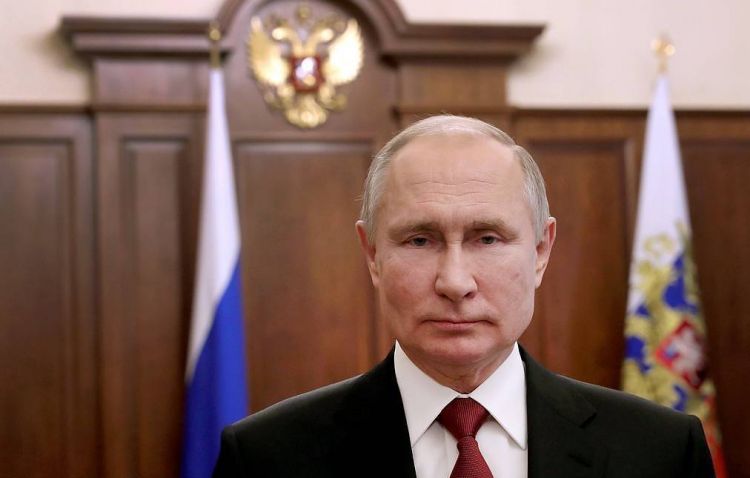 Russian President Vladimir Putin has sent Victory Day greetings to the leaders of Commonwealth of Independent States (CIS) countries,  as well as to the people of Georgia and Ukraine, the Kremlin press service said in a statement on Saturday, Tass reports.

"Russian President Vladimir Putin has sent messages to the leaders and people of Azerbaijan, Armenia, Belarus, Kazakhstan, Kyrgyzstan, Moldova, Tajikistan, Turkmenistan, Uzbekistan, as well as to the people of Georgia and Ukraine, congratulating them on the 76th anniversary of the Soviet Union’s Victory in the Great Patriotic War," the statement reads.

"Today, it is our moral duty to carefully preserve the memories of those tough years and pass them on to the new generations. We should stand together to strongly oppose attempts to distort and falsify history, revise the outcome of the Great Patriotic War and justify the heinous atrocities committed by the Nazis and their collaborators," Putin said, as cited by the Kremlin press service.

The Russian president was confident that "the traditions of brotherly friendship and mutual assistance, which stood the test of war, will remain the secure foundation for constructive and good-neighborly relations between our countries and people."