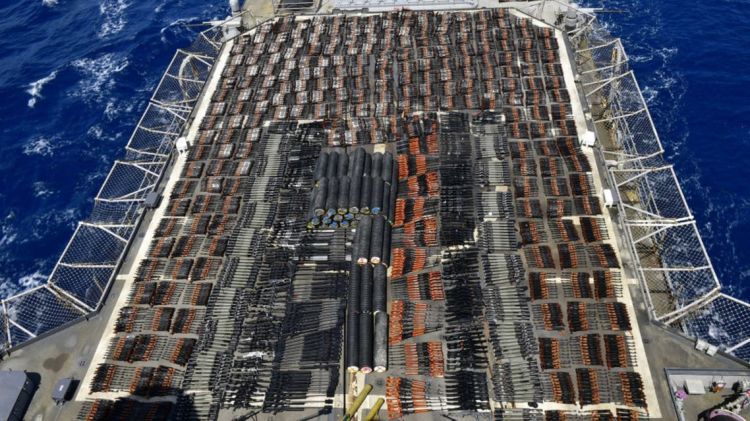 The US seized an illicit shipment of advanced weapons from a stateless dhow in international water of the North Arabian Sea on Friday, according to a statement released by the US Naval Forces Central Command.
The cache of weapons included dozens of advanced Russian-made anti-tank guided missiles, thousands of Chinese Type 56 assault rifles, and hundreds of PKM machine guns, sniper rifles and rocket-propelled grenades launchers.
For all the latest headlines, follow our Google News channel online or via the app.
The statement added that the original source and intended destination of the materiel is currently under investigation. After all illicit cargo was removed, the dhow was assessed for seaworthiness, and after questioning, its crew was provided food and water before being released.
“The US Navy conducts routine patrols in the region to ensure the free flow of commerce for legitimate traffic, disrupt the transport of illicit cargo that often funds terrorism and unlawful activity, and safeguard the rules-based international order,” the statement concluded.