What are impacts of Shusha declaration on peace, prosperity and stability in the region? - View from Pakistan
Read: 434

We are carrying out the task of demining in liberated territories together with the sappers from brother Turkey - Colonel
Read: 248 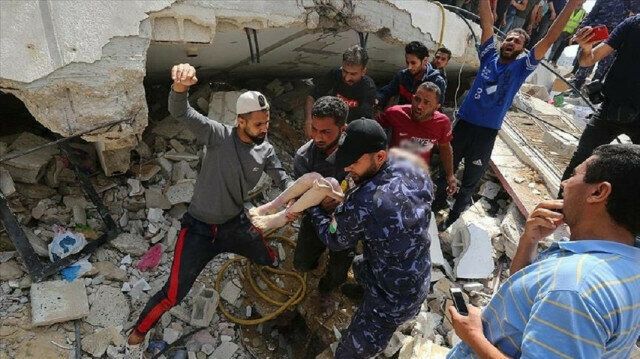 The 57-member Organization of Islamic Cooperation (OIC) on Sunday said it will seek the UN General Assembly to protect the Palestinian people as the UN Security Council has failed to assume its responsibility to stop the aggression on Gaza, Eurasia Diary reports citing Yeni Safak.

The OIC extraordinary meeting at the level of the foreign ministers was convened virtually at the request of Saudi Arabia.

“The UN Security Council’s failure to stop the Israeli aggression will necessitate approaching the UN General Assembly to assume its responsibility, including the resumption of the proceedings of the Tenth Emergency Special Session to stop Israeli aggression in the Occupied Palestinian Territory,” said the statement issued at the end of the meeting.

The statement urged the international community to take steps towards protecting the Palestinian people and affirmed that "the time has come to take serious measures to hold Israel accountable for its gross violations”.

It also reiterated that Al-Aqsa Mosque is "a red line for the Islamic ummah (nation)" and that security and stability can only be realized once it is fully liberated from the Israeli occupation.

The statement concluded by saluting "the steadfastness of the Palestinian people on their land and for their historic stand in the face of [Israel's] aggression and occupation”.

Israel has pounded the Gaza Strip in airstrikes since May 10, killing at least 197 people, including 34 women and 58 children, as well as injuring 1,235 more people.

Seventeen Palestinians have been killed in the West Bank by Israeli forces and settlers as Palestinians staged protests against Israeli violations in occupied East Jerusalem and attacks on Gaza.

Since April 13, clashes erupted across the occupied territories because of Israeli attacks and restrictions on Palestinians in East Jerusalem, Al-Aqsa Mosque, and an Israeli court’s decision to evict 12 Palestinian families from their homes in favor of Israeli settlers.