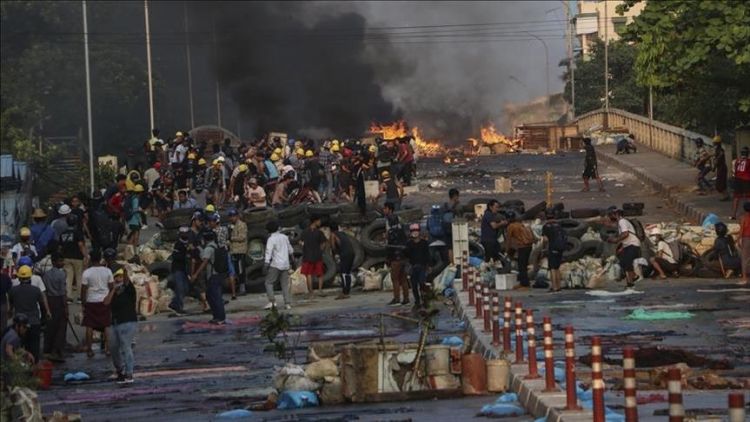 Myanmar’s military junta has killed three more people in the country, raising the death toll in protests against the Feb. 1 coup to 827, according to a local monitoring group, Eurasia Diary reports citing Anadolu Agency.

The latest victims were in Bago Township in the southern-central Bago Region, Myo Thit Township in the central Magway Region, and the town of Kale in the northwestern Sagaing Region, the Assistance Association for Political Prisoners (AAPP) said in an update late on Tuesday.

One of the people killed was Mae Gyi, also known as Soe Moe Hlaing, a former political prisoner and member of the All Burma Students’ Democratic Front.

He was arrested on May 22 and “killed yesterday evening from brutal torture in interrogation,” the AAPP said.

A total of 4,313 people are currently under detention in Myanmar, with 102 of them having been sentenced, the report said.

According to the AAPP, the junta has issued arrest warrants for 1,861 people, 20 of whom will face the death penalty and 14 will be jailed for three years with hard labor if they are caught.

Protesters continue to defy the junta despite its lethal crackdown and use of brutal methods against civilians throughout the Southeast Asian country.

Many countries, including the US, have imposed sanctions on the military regime.

Suu Kyi attended a court hearing Monday, her first public appearance since being detained by the military.