Turkey’s mediation may be beneficial in avoiding the large-scale war between Russia and Ukraine - Expert
Read: 548

Azerbaijan's victory will pave the way for stability and prosperity in the entire Caucasus region - Ahmad Abdo Tarabik - VIDEO
Read: 221 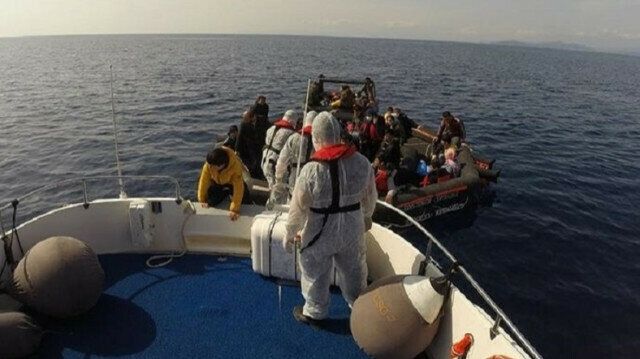 At least eight irregular migrants were rescued by Turkish Coast Guard teams off the coast of the Aegean province of Mugla on Wednesday, Eurasia Diary reports citing Yeni Safak.
This came after the teams received a tip-off about a group of irregular migrants stranded on a rubber boat near Bodrum.
The migrants were reportedly pushed back by the Greek side to Turkish territorial waters.
After being rescued, the migrants were transferred to the provincial migration office.
Turkey has repeatedly condemned Greece’s illegal practice of pushing back asylum seekers, saying it violates humanitarian values and international law by endangering the lives of vulnerable migrants, including women and children.
Turkey has been a key transit point for asylum seekers aiming to cross into Europe to start new lives, especially those escaping war and persecution.