Iranian Ships Sail Through Atlantic Amid Reports They Are Heading to Venezuela - Photo | Eurasia Diary - ednews.net 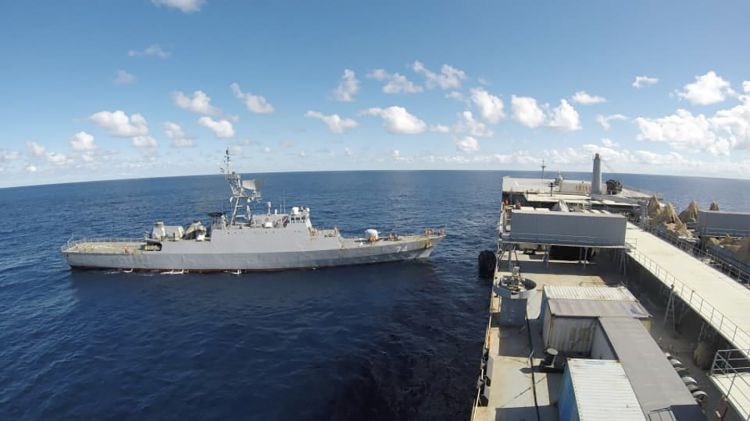 According to Admiral Habibollah Sayyari, the vessels, which departed from the port of Bandar Abbas more than a month ago, are taking the longest and the most challenging trip in the history of the Iranian Navy, but their mission remains undisclosed, Eurasia Diary reports citing Sputnik.

Two Iranian military ships - the destroyer Sahand and the intelligence-gathering vessel Makran - are now sailing through the Atlantic with, the country's state TV reported on Thursday, showing a video of the Sahand sailing far from home.

"The Navy is improving its seafaring capacity and proving its long-term durability in unfavourable seas and the Atlantic's unfavourable weather conditions", Sayyari said, adding that the warships would not call on any country's port during the mission.

The Iranian navy's Sahand destroyer along with Makran forward base ship have entered the Atlantic Ocean for the first time without berthing at any port in the route pic.twitter.com/nCAMVZ0IlV

According to various US media outlets, citing anonymous American officials, the ships are believed to be en route to Venezuela. However, Tehran has not yet commented on the matter.

It is not clear what kind of cargo the vessels are carrying or what their goal is.