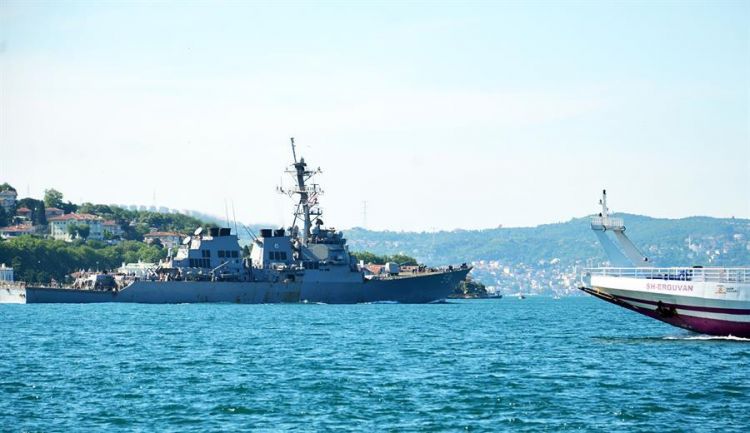 A US Navy destroyer on June 11 crossed the Bosphorus and entered the Black Sea, Eurasia Diary reports citing Hurriyet Daily.

The crossing by the USS Laboon was reported as U.S. President Joe Biden met Western leaders at the G7 summit in England.

He will then travel to Brussels for a meeting of NATO that is likely to focus heavily on the threat posed by Russia.

"We are standing united to address Russia’s challenges to European security, starting with its aggression in Ukraine," Biden wrote in The Washington Post before setting off on his first foreign trip.

Biden was Washington’s pointman on Ukraine when he was vice president in Barack Obama’s administration, supporting its drive to rid itself of Kremlin influence after a 2014 revolution toppled a Moscow-backed administration.

The U.S. periodically sends warships to the Black Sea region in a show of support for Ukraine, often drawing protests from Russia.

Washington had notified Turkey that it may be sending two warships through the Bosphorus in mid-April, when Russia had built up its military presence in along Ukraine’s border and in Crimea, which it annexed in 2014.

Those ships were never dispatched, as Russia pulled back its forces and the tensioned eased.