US has double standards towards Ankara - Turkish party chief 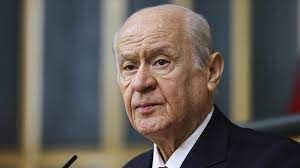 The head of a major political party in Turkey accused the US on Tuesday of having double standards in its relations with Ankara, criticizing Washington's position on the country's acquisition of Russian S-400 missile defense systems, Eurasia Diary reports citing Anadolu Agency.

"The continuation of [US] pressure and sanctions policies against Turkey in their current state will damage ties between the two countries in many ways. The same US has applied a double standard against Turkey as it holds channels of diplomacy and negotiation open with other countries with whom it has problems," Devlet Bahceli told the parliamentary group of his Nationalist Movement Party (MHP).

Referring to the US' opposition to Turkey's S-400 purchase, Bahceli went on: "Did you give us the weapons we need? What were you thinking when you were seizing the F-35s (jets) for which we were partners in production and paid for in advance? What are you trying to gain?"

In April 2017, when its protracted efforts to buy an air defense system from the US proved futile, Turkey signed a contract with Russia to acquire the state-of-art S-400 system.

US officials opposed the move, claiming the S-400s would be incompatible with NATO systems and would expose F-35 jets to possible Russian subterfuge.

In 2019, Washington announced it was taking Turkey out of the F-35 stealth fighter jet program over Ankara's purchase of the S-400 system.

Turkey, however, stressed that the S-400s would not be integrated into NATO systems, and pose no threat to the alliance or its armaments.

Ankara also repeatedly proposed setting up a commission to clarify the issue.