Trump says summit was 'good day for Russia', we got nothing’ | Eurasia Diary - ednews.net

New military units were commissioned in the territory of the Khojavend region - Azerbaijani MoD - VIDEO
Read: 320

Trump says summit was 'good day for Russia', we got nothing’ 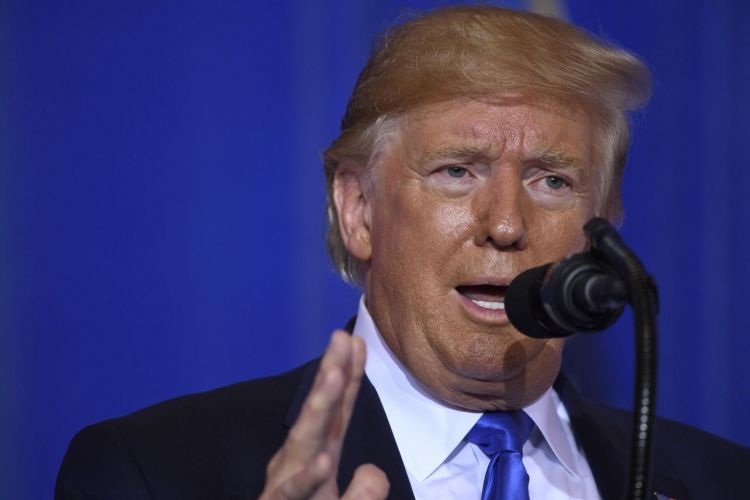 Ex-POTUS Donald Trump accused his successor of numerous giveaways to Russia, as he weighed in on the meeting between Russian President Vladimir Putin and US President Joe Biden in Geneva.

The two leaders met at Villa La Grange for their first summit since Biden became president in January to discuss a plethora of issues, including bilateral relations, arms control and human rights.

According to Trump, President Biden “got nothing” from his sit-down with his Russian counterpart.

“I guess the overall is we did not get anything. We gave a very big stage to Russia, and we got nothing.We gave up something that was unbelievably valuable. I stopped the pipeline, Nord Stream, and that pipeline was stopped. And it was given back, and nothing was gotten for it. And it was just, it was another day” said Trump, speaking to Sean Hannity's Fox News show.

He added: I think it was a good day for Russia. I don't see what we got out of it.”

Speaking from his Bedminster golf club in New Jersey, Donald Trump said that while gaining nothing, Joe Biden had capitulated to Russia on the “unbelievably valuable” Nord Stream pipeline.

While blacklisting 13 Russian ships and three companies involved in the construction of Nord Stream 2 – the nearly-completed pipeline set to bring Russian gas to Germany under the Baltic Sea – in May, the administration of President Biden waived sanctions against Switzerland-registered Nord Stream 2 AG and its CEO Matthias Warnig.

The decision was reportedly prompted by a desire to avoid antagonising key ally Germany over a project that is already more than 90 percent complete. Joe Biden refused to be pressured into more aggressive moves to kill the project by others within the US State Department, reported The Washington Post earlier.

Secretary of State Anthony Blinken, his deputy Wendy Sherman and Undersecretary of State Victoria Nuland are said to have argued that the sanctions policy should be maintained to avoid giving the impression of giving in to the Kremlin.

Donald Trump voiced particular irritation over the Nord Stream pipeline issue, which he maintained he had “stopped from being built”.

“I said, let's get this straight, to Angela, I said: "We protect you, and the people that we protect you from, the country, you are paying billions of dollars, how does that work?”” said Trump, in a reference to German Chancellor Angela Merkel and the 52,000 US troops stationed in their country as part of NATO’s defence force.

Trump lamented that “within a matter of weeks, we will no longer be energy independent”.

“…We are going to be relying again on the Middle East and Russia and all of these other people because we are being led very, very stupidly," said the former US President.

Taking stock of Joe Biden’s Europe trip for the G7 meeting, the 45th POTUS said he was particularly irked by the manifest trade imbalance, and accused Europe of “screwing” the United States. As he underscored the NATO alliance’s dedication to protect Europe and referenced the US-China trade war, he said:

“Think of it. We pay for their protection, and they - excuse the word - they screw us on trade, that is the only word that is descriptive enough… Because they are in many ways worse than China or as bad as China on trade.”