Renegotiation of JCPOA not to be possible - Zarif | Eurasia Diary - ednews.net

Renegotiation of JCPOA not to be possible - Zarif 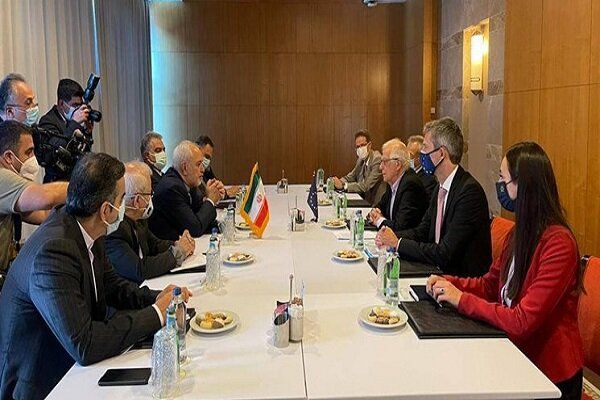 In his meeting with EU Foreign Policy Chief Josep Borrell in Turkey’s Antalya, Iranian Foreign Minister Mohammad Javad Zarif stressed the need to lift US sanctions and the impossibility of renegotiating the JCPOA, Mehr News reports.

Emphasizing lifting sanctions imposed by the United States against Iran and the impossibility of renegotiating the JCPOA, Zarif expressed hope that the JCPOA talk, which is ongoing in the Austrian capital of Vienna, will bear positive fruition.

Zarif also expounded on the current situation in Afghanistan and stated that the existence of a dispute between the government and political currents in Afghanistan has created a serious problem in dealing with insecurity in this country.

Iranian Foreign Minister Mohammad Javad Zarif arrived in Turkey on Thu. in order to participate in the Antalya Diplomacy Forum (ADF) at the official invitation of his Turkish counterpart.

It is scheduled that a trilateral meeting between foreign ministers of Iran Turkey and Afghanistan would be held in Antalya on Sunday.