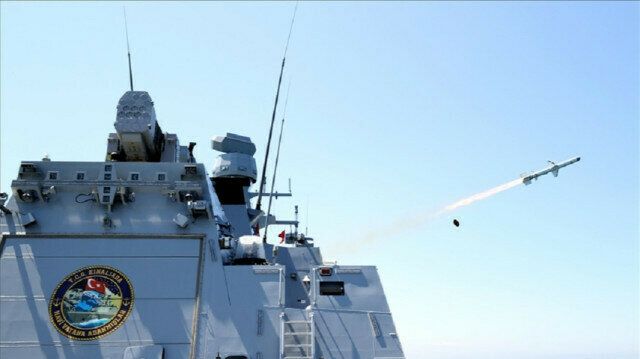 In the test, an Atmaca missile that came off a production line hit a real surface target.

Also present for the historic test in the Black Sea province of Sinop were National Defense Minister Hulusi Akar and top commanders.

The head of rocket producer Roketsan said that with the Atmaca, Turkey gained the ability to manufacture and use its own anti-ship missiles.

Murat Ikinci added that the missiles will begin to be deployed on ships by the end of this year.

“This is a very important turning point for the Turkish Armed Forces,” Ikinci told Anadolu Agency.

Roketsan touts Atmaca as a high-precision, long-range, surface-to-surface, precision strike anti-ship missile which can be integrated with patrol boats, frigates, and corvettes and is expected to replace the US-made Harpoon.

It boasts a range of more than 200 kilometers (124 miles), posing a threat to targets far outside visual range.