We hope that the Trilateral Working Group on Karabakh will resume its activities in the near future - Zakharova
Read: 270

Armenia fears that the Zangazur corridor will enhance Turkey's empowerment in the region - Elkhan Shahinoglu
Read: 260

There are wide opportunities for increasing trade turnover between Azerbaijan and Russia - Russian Deputy Minister
Read: 243 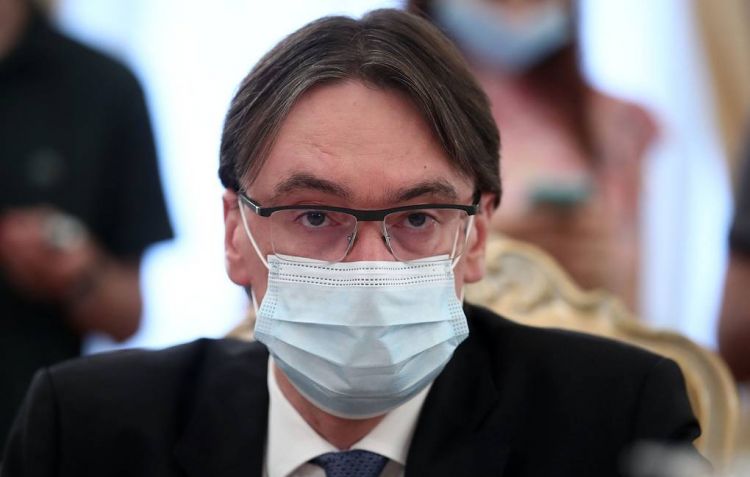 Russia and the United States will soon start exploring the issue of resuming operation of embassies and issuing visas, the format of such consultations is being determined now, Russia’s Deputy Foreign Minister Yevgeny Ivanov told reporters on Monday, Tass reports.

"We all saw yesterday that our Ambassador [Anatoly Antonov] had arrived in Washington. Now this work will begin and its format will be determined. That’s the very thing that the Russian president spoke about: creation of working groups. It will all be explored," he said.

On Sunday, Russian Ambassador to the US Anatoly Antonov arrived in Washington and resumed his duties after returning from Russia where he was recalled for three months for consultations.

On June 16, Geneva hosted the US-initiated summit between Russian and American Presidents Vladimir Putin and Joe Biden. The leaders agreed that the ambassadors should return to their posts and additionally discussed the current state and prospects of bilateral relations as well as issues on the international agenda.