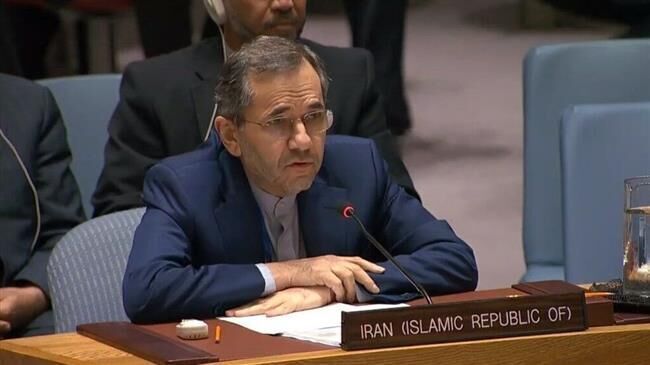 Ambassador and Permanent Representative of the Islamic Republic of Iran to the United Nations Majid Takht Ravanchi called on Tuesday for effective support for Afghan military and security forces when foreign troops leave the country, Eurasia Diary reports citing IRNA.

The security situation in Afghanistan is a source of serious concern, Ravanchi said at the UN Security Council’s meeting on Afghanistan on June 22.

The Islamic Republic of Iran calls on all sides to prioritize Afghan people’s interests higher than others’, Ravanchi said.

Due to the complete withdrawal of the foreign forces from Afghanistan, the country has faced a dilemma, the ambassador noted.

He went on to say that if all sides agree to hold talks and halt years of bloodshed, reconciliation can happen; but if one side tries to compel others to accept peace by force, it will fail.

And the international community should not let the latter occur because it would not be the real peace and would not be sustainable either, Takht Ravanchi stated.

Surely, a more secure, stable and wealthier Afghanistan will benefit the country, its people, its neighbors and the world, the ambassador stressed.

To reach that end, a process of peace should start in Afghanistan with the help of the United Nations, he said, adding that such a process should basically serve a sustainable peace.

After the withdrawal of the foreign forces from Afghanistan, Talibn has no excuse for bullying, Ravanchi noted, stressing that it should stop aggression and take this unprecedented opportunity to honestly help establish sustainable peace in Afghanistan.

Meanwhile, any process of peace will fail in the absence of other players, the ambassador underlined.

Process of peace will be successful only if it is supported strongly, he added.

Iran still calls on the UN to play a leading role in the intra-Afghan peace process of talks, he noted.

Although sustainable peace should be seriously followed up in Afghanistan, economic development in that country should not be ignored, the ambassador underlined.

Iran has stood by Afghanistan, the diplomat added.