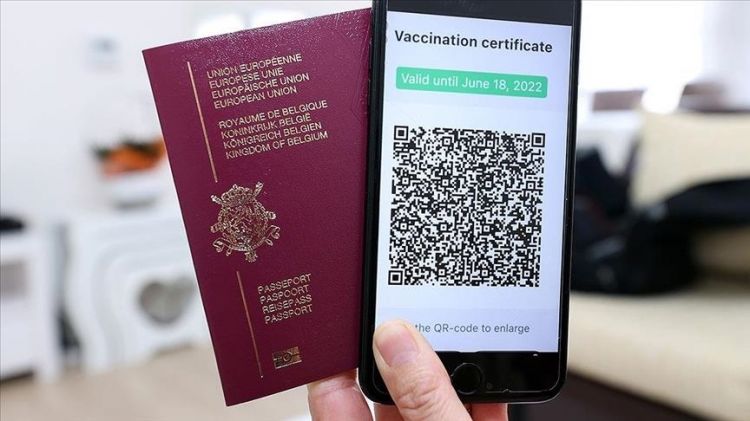 According to Anadolu Agency, the document is meant to facilitate travel within the bloc by waiving further quarantine or test requirements for those who hold the pass.

All EU citizens and residents can request the COVID certificate from their authorities free of charge.

The document is available on smartphone or paper format, featuring a QR code that allows authorities to determine the COVID status of the traveler.

The pass shows if a person had received all the recommended doses of vaccine approved by the European Medicine Agency, had a negative PCR-test result over the past 72 hours or recovered from the disease in the last six months.

EU states can decide if they allow the entry of people who have only received one shot or were inoculated by a jab authorized only by a member state's authority, like the Russian Sputnik V or Chinese Sinopharm vaccines.

The certificate system was originally proposed by the European Commission in March to reestablish free movement within the bloc after restrictions.

After several rounds of negotiations, the European Parliament and the Council of the European Union agreed on the regulation of COVID certificates on May 20.

By the demand of EU lawmakers, the EU budget, to avoid discrimination, has supported member states with an amount of €100 million ($122 million) in providing affordable PCR or antibody tests to those who have not been vaccinated.