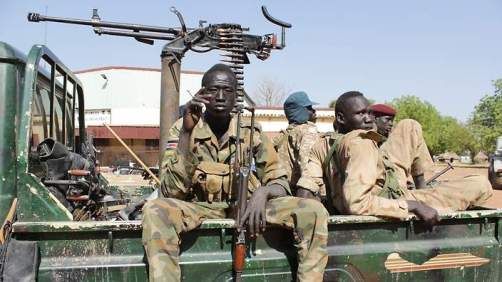 At least three people were killed, including a primary school teacher in intercommunal revenge attacks in Mayiendit County of South Sudan's Unity State.
Clashes erupted on Tuesday between the Chamdol and the Chamachot clans of the Bek section of Mayiendit County, where two people were killed. The teacher was later shot at and killed while teaching.
Speaking to Radio Tamazuj, the minister of education in Unity State Stephen Tot Chieng condemned the killing of Thaker Primary School teacher Peter Mayial Nguen who was shot dead in front of his pupils.
He said the teacher was teaching in his class when he was called outside and shot dead.
“When small problems are emerging between the clans as the result of a misunderstanding that involves fighting, there is no need to involve educated people for revenge. This practice must stop immediately," he warned.
Tot noted that the state government has sent security forces to apprehend the culprits.
The Director of Criminal Investigation Department in Unity State Colonel Chiokurei Nyinyiar said the two people identified as Kulang Yuol Nyireu and Mayial Chut Nyiny were killed during clashes, while the teacher was killed as revenge following the clashes.
“The police forces from Leer and Mayiendit Counties have gone to the scene of clashes to calm down the tension and I have just talked to the police chief inspector of the county and he has confirmed that the situation is under control,” said Chiokurei.
He pointed out that the government of Unity state has ordered security forces to apprehend all murder suspects since 2013 and taken to court for trial.
Unity state information minister Gabriel Hon Makuei Bol condemned the incident.
“My last message is to the community who are fighting themselves to cease killing teachers, pastors, doctors, and innocent intellectuals on revenge killings. This thing has to stop immediately," Hon said.