Proposal of great aid package by EU to Armenia, not to Azerbaijan whose territory was subjected to occupation, is not understandable - Farid Shafiyev
Read: 258

Georgia could be platform in Turkish-Armenian rapprochement - Expert
Read: 242 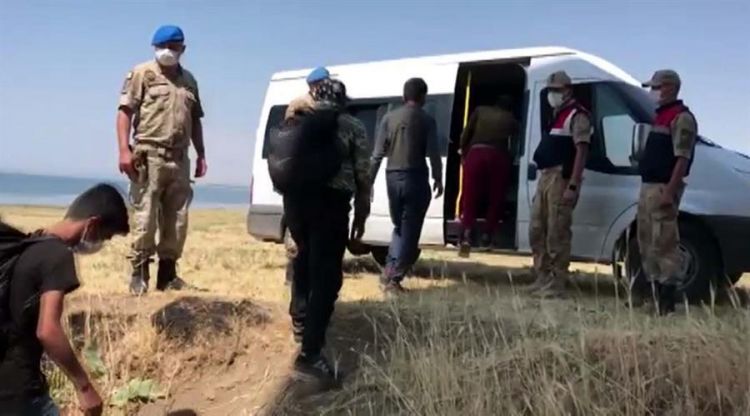 Concerns over a potential new influx of irregular migrants have grown in recent weeks as new videos posted on social media showed a stream of Afghans entering Turkey through its eastern border with Iran, Eurasia Diary reports citing Hurriyet Daily.

Warning the local authorities in the border provinces against a new wave of migration, the Interior Ministry also decided to implement a series of new measures against the illegal crossings.

In addition to 500 security guards, 35 special operation teams consisting of 750 police officers were assigned to the eastern province of Van to tighten the security measures behind the borderline, preventing illegal crossings.
While aerial reconnaissance and surveillance activities are carried out in the region with unmanned aerial vehicles, Turkish Coast Guards teams will also be deployed on the shore of Lake Van, where hundreds of irregular immigrants drowned before.

“Despite all that is going on in the region around us, Turkey manages the migration and does what befits our ancestors, our neighborhood and our noble nation. We will not allow sedition and enmity,” Interior Minister Süleyman Soylu said.
Nearly 1,000 Afghan irregular migrants reportedly entered Turkey illegally every day in the last two months as violence between the Afghan government and the Taliban has surged before the U.S. and NATO forces withdraw.

The majority of those who reach Turkey and cross the border after a one-month journey on foot are men between the ages of 16 and 25.

Meanwhile, Turkish security forces have detained nearly 1,500 irregular migrants in the last week, most of them Afghans, near the southeastern border with Iran, according to officials.

With over 500,000 population, Afghans are believed to be the second-largest community of refugees and migrants in Turkey, after Syrians.