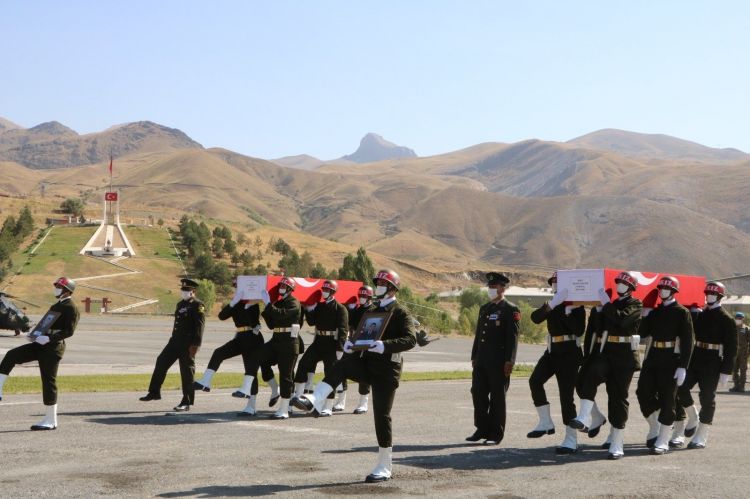 Two Turkish soldiers were killed during clashes with PKK terrorists in northern Iraq, the Defense Ministry said Tuesday.
Another soldier who was injured in clashes in the Operation Claw zone was transferred to a nearby hospital, the ministry also said in the statement. Clashes broke out during search operations carried out by the Turkish army in the Hakurk region, it said.
The Claw operations are a series of military operations that Turkey launched in 2019 against terrorist organizations in northern Iraq, particularly the PKK. The PKK terror group often hides out in northern Iraq, just across Turkey's southern border, to plot terror attacks in Turkey.
In its more than 40-year terror campaign against Turkey, the PKK – listed as a terrorist organization by Turkey, the United States and European Union – has been responsible for the deaths of at least 40,000 people, including women, children and infants.
The dissolution of the PKK has accelerated due to Turkey's successful counterterrorism operations and strategies both at home and abroad. In recent years, Turkey has seen record numbers of PKK terrorists giving themselves up in the face of determined domestic and cross-border counterterrorism operations.