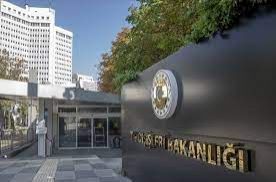 Turkey condemned the decision of Greece for closing 12 more primary schools belonging to the Western Thrace Turkish minority, “using austerity measures and the insufficient number of students as an excuse.”

According to Hurriyet Daily, with this last decision, more than half of the minority primary schools were closed and their number was reduced to 103, the Foreign Ministry said on Aug. 2. in a written statement.

Thus, the policy of Greece to close primary schools belonging to the Western Thrace Turkish minority through “temporary suspension” has been proven to be “systematic,” said the statement.

On the other hand, in the recent legal regulation regarding schools in Greece, it has been observed that minority schools are excluded from the scope in many articles and “discrimination” is made, it added.

These decisions violating the provisions of the Lausanne Peace Treaty are another indication of the reflection of the policies of “assimilation and oppression” carried out for decades against Turkey’s kinsmen in Western Thrace in the field of education, the ministry stated.

“On the one hand, Greece closes primary schools on the pretext of a lack of students, on the other hand, ignores the demands for opening a new minority secondary school/high school despite the need, and violates the education rights of minority children with various excuses,” Ankara stated.

Turkey invited Greece to put an end to its “discriminatory” policy towards minority schools, “as seen in the latest legislation.”

The international community should no longer be a “spectator to the systematic violation” of human rights in a member state of the European Union and the Council of Europe, Ankara also said.

Turkey will continue to support the minority’s struggle for rights and law both in bilateral contacts and international platforms, it added.