Proposal of great aid package by EU to Armenia, not to Azerbaijan whose territory was subjected to occupation, is not understandable - Farid Shafiyev
Read: 228 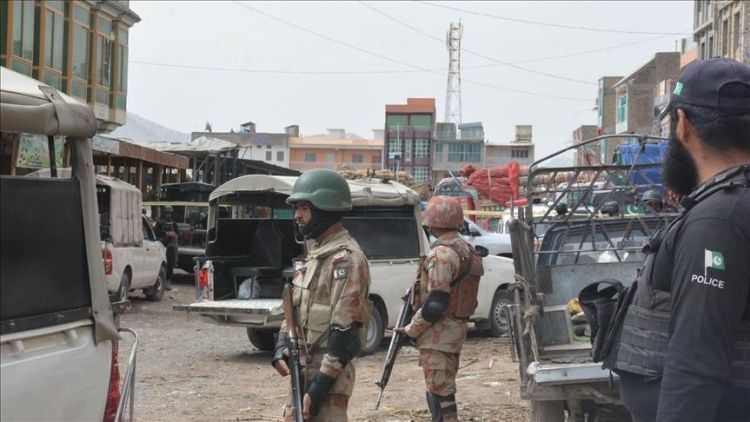 Afghan civilians are bearing the brunt of fighting that has spread to the cities in the war-ravaged country, the UN said on Tuesday
In the wake of mounting Taliban assaults on the southern cities of Kandahar and Lashkargah, as well as western Herat, Afghan health authorities said at least 40 civilians were killed and nearly 200 others wounded over the past couple of days.
"Taliban ground offensive & ANA (Afghan National Army) airstrikes causing the most harm. Deep concerns about indiscriminate shooting, & damage to/occupation of health facilities & civilian homes," the UN Assistance Mission in Afghanistan said on Twitter.
"Parties must do more to protect civilians or impact will be catastrophic," it warned.
For the past four days, heavy fighting has been going on at the gates of Herat, Lashkargah, and Kandahar.
According to officials at Herat's regional hospital, 25 civilians were killed and over 100 wounded over the past four days in different parts of the province. The head of the hospital, Mohammad Arif, told Anadolu Agency that the injured included a number of women and children.
Herat Governor Abdul Sabur Qane, who is on the front lines of the conflict, told a press conference on Monday evening that security forces were carrying out clearing operations in various parts of the city and that the Taliban had been pushed back.
"I assure the people of Herat that the security and defense forces, are on the front lines of the war, protecting the city of Herat and that the city of Herat will never fall," he said.
Reports from Helmand and Kandahar provinces suggest that clashes between the Taliban and security forces intensified overnight.
Ghulam Wali Afghan, a lawmaker from Helmand, said heavy fighting had been going on since Monday night at the police headquarters, the governor's office, and near the main prison in the provincial capital Lashkargah.
"At least 10 civilians killed, 85 wounded in #Lashkagah & at least 5 killed, 42 wounded in#Kandahar in last 3 days alone. Thousands displaced. Likely many more. Population living in fear" tweeted UNAMA.
After overrunning nearly 200 rural districts, the Taliban began assaults on major cities on Friday as they marched on Herat city near the boerder with Iran, causing panic and anxiety in the country's third-biggest city of an estimated half-a-million inhabitants.