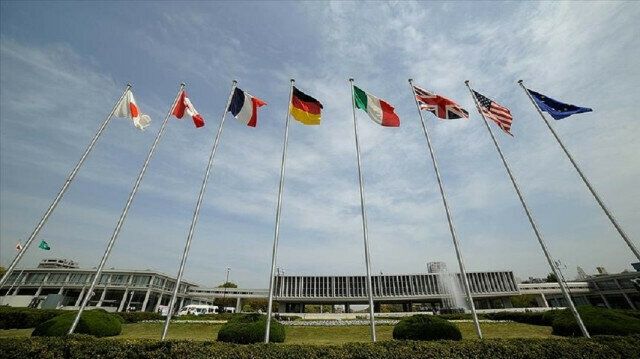 British Prime Minister Boris Johnson plans to host a G7 leaders meeting in the coming days with Afghanistan on the agenda, his office said in a statement on Monday.
Johnson voiced his intention to host a virtual meeting between G7 leaders in a phone call with French President Emmanuel Macron, in which the two leaders discussed the situation in Afghanistan after the Taliban gained control of the capital Kabul on Sunday.
In the phone call, Johnson “stressed the need for the international community to come together and take a unified approach on Afghanistan, both in terms of recognising any future government and in working to prevent a humanitarian and refugee crisis,” said the statement.
“The leaders both emphasised the ongoing importance of working together on the long-term future of Afghanistan and the immediate need to help our nationals and others get to safety. They agreed that the UK and France should work together at the UN Security Council, including on a possible joint-resolution,” it added.
The Taliban entered Kabul on Sunday and took control of Afghanistan for the first time in almost 20 years after US-led foreign forces occupied the country in 2001. The Afghan government has collapsed and President Ashraf Ghani left the country.