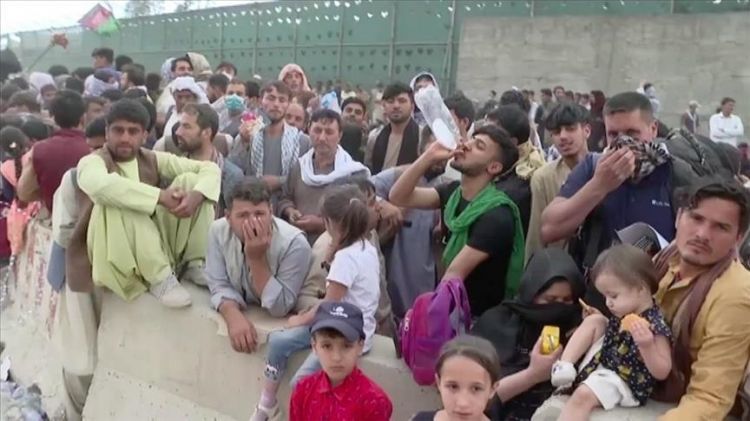 The EU on Tuesday agreed on a joint approach to preventing a new wave of migration stemming from the crisis in Afghanistan, Eurasia Diary reports citing Anadolu Agency.

Interior ministers from the 27 EU countries adopted their conclusions on the situation in Afghanistan after a “very dynamic” debate, Slovenian Interior Minister Ales Hojs told reporters after the meeting.

EU Commissioner for Home Affairs Ylva Johansson welcomed the statement, saying that “it shows that member states can agree, even on migration issues.”

“The best way to avoid the migration crisis is to avoid a humanitarian crisis. And that's why we need to support Afghans in Afghanistan,” Johansson said, referring to the ministers’ commitment to ensuring humanitarian aid for the most vulnerable population with the help of international partners, especially the UN and its agencies.

The joint statement vowed to help Afghanistan’s neighbors and transit countries “to reinforce their capacities to provide protection, dignified and safe reception conditions and sustainable livelihood for refugees and host communities.”

According to the statement, the bloc is determined to prevent “uncontrolled large-scale illegal migration movements faced in the past,” which can be mostly achieved by strengthening support for “the countries in Afghanistan’s immediate neighborhood to ensure that those in need receive adequate protection primarily in the region.”

In order to prevent people from taking a dangerous and illegal journey to Europe, the bloc will launch information campaigns to “combat the narratives used by smugglers.”

Without giving precise numbers, Johansson said the bloc has been working on resettlement programs to provide immediate international protection for the most threatened groups, such as female jurists, human rights activists, and journalists.