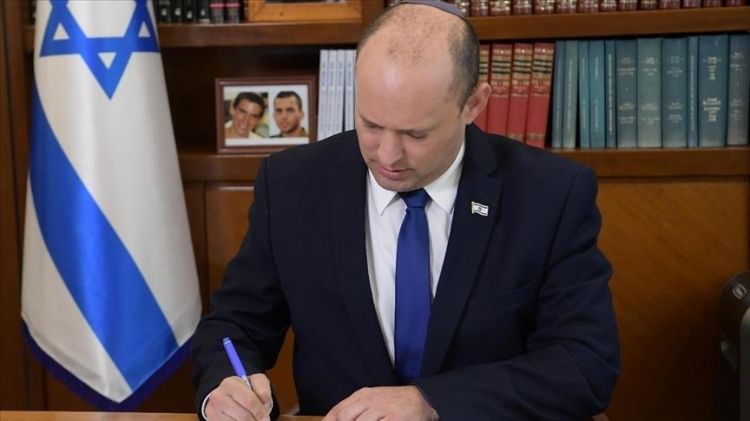 Israeli Prime Minister Naftali Bennett said Tuesday that he is against the creation of an independent Palestinian state and is not going to hold talks with Palestinian Authority President Mahmoud Abbas, Anadolu Agency reports.

In an interview with state-owned KAN News, Bennett spoke about developments on Israel’s agenda, saying the establishment of an independent Palestinian state would be “a terrible mistake.”

He also said that he would not meet with Abbas, who he said is “suing IDF soldiers and commanders at the International Criminal Court in The Hague” as well as providing monthly stipends to “terrorists,” referring to Palestinian detainees and relatives of deceased Palestinians.

In an interview with the Israeli daily Yedioth Ahronoth, he argued that the whole of Jerusalem was the "capital" of Israel.

Palestinians demand the foundation of an independent state with East Jerusalem as its capital. However, the Israeli administration rejects this, saying the entire city is its capital.