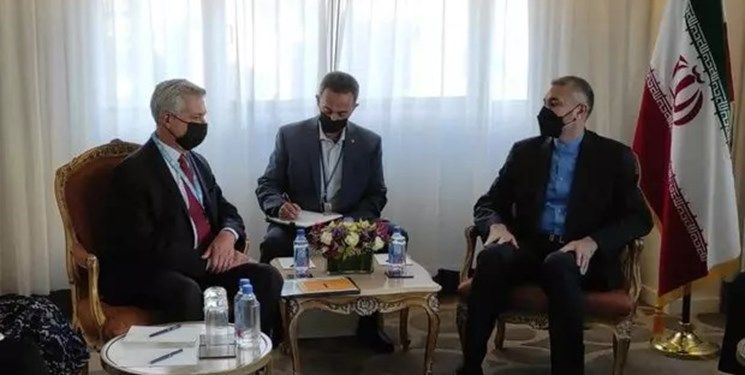 Amir Abdollahian made the remarks in a meeting with the United Nations High Commissioner for Refugees Filippo Grandi in New York on Tuesday.

The Iranian foreign minister pointed to Iran's hosting of millions of Afghan refugees, and called for more active UNHCR role to address the critical humanitarian situation in Afghanistan.

Filippo Grandi, for his part, appreciated Iran for being host to Afghan refugees, and recalled the UN's commitment to the situation of refugees, including in Afghanistan.

In  relevant remarks last week, Iranian President Seyed Ebrahim Rayeesi said that members of the Shanghai Cooperation Organization (SCO) are in a consensus that Afghanistan needs an inclusive government consisting of all ethnic groups.

During a security meeting on Afghanistan, which was held on the sidelines of the SCO Summit, Iran’s stances were explained and the participants reached a consensus on the situation in the war-ravaged country, Rayeesi said on Saturday upon returning from a three-day visit to Tajikistan, where he attended the 21st SCO summit.

"They agreed that they should pursue the formation of an inclusive government in Afghanistan with the participation of all ethnic groups that can represent the noble and dear people of Afghanistan,” he added.