Afghans pour out in Kabul to demand release of frozen reserves 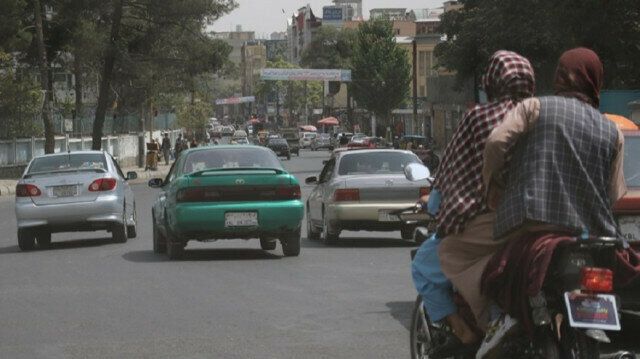 Afghans took to the streets of the capital on Friday to call for the release of central bank reserves frozen outside the country by the US after the Taliban takeover, Yeni Safak reports.

Protesters, many of them holding banners with messages printed in English, gathered near the Haji Abdul Rahman Grand Mosque in Kabul, demanding immediate release of Afghanistan’s funds as the country grapples with a worsening economic crisis.

The US government has blocked the Afghan central bank’s reserves, and many donors and organizations, including the World Bank and the International Monetary Fund, have halted payments since the Taliban swept to power on Aug. 15.

The Taliban have ramped up calls for the foreign reserves to be released, but there have been no positive indications from the international community so far.

Taliban spokesman Suhail Shaheen also posted a photo of the demonstration on Twitter.

“People in the capital city of Kabul took to the streets, demanding immediate release of Afghanistan’s central bank reserves,” he said.

“They were chanting, our people are facing hard economic situation, there is urgent need for unfreezing our assets to overcome the harsh poverty situation.”

Grants to Afghanistan amount to $8.5 billion per year – equal to 43% of the country’s gross domestic product – and pay for 75% of public expenditure, 50% of its budget, and around 90% of government security spending, according to an assessment by the Kabul-based research group Afghanistan Analysts Network.