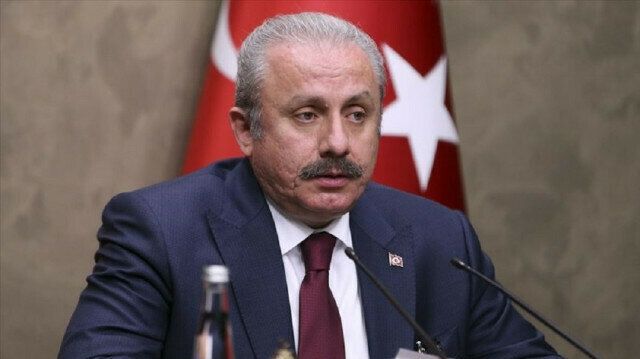 G20 countries that have 70% of the world population and most of the global economic opportunities should act for the solution, Turkish Parliamentary Speaker Mustafa Sentop said in a news conference in Rome.

Reiterating that the Turkish Parliament already ratified the Paris Agreement on Climate Change, he said countries that contribute more to pollution should bear more liability.

When countries' responsibilities in the struggle against climate change are considered, economic power also should be taken into account, he said.

Sentop also commented on various global and regional matters at the Turkish Embassy in Rome.

Sentop emphasized that Turkish-Italian relations are historical and deep, noting bilateral ties are at the strategic partnership level.

On the latest developments in Turkish-Egyptian relations, he drew attention to recent improvements in bilateral relations and expressed hope for full normalization.

Egypt is one the most important countries in the Eastern Mediterranean, he added.

Regarding Libya, Sentop stressed that Turkey supports elections on Dec.24 as well as that country's territorial integrity.

And on irregular migration, he underlined that Turkey already hosts around 4 million Syrian refugees, and said some countries which caused the irregular migration flow from Syria and Afghanistan are not taking any responsibility.