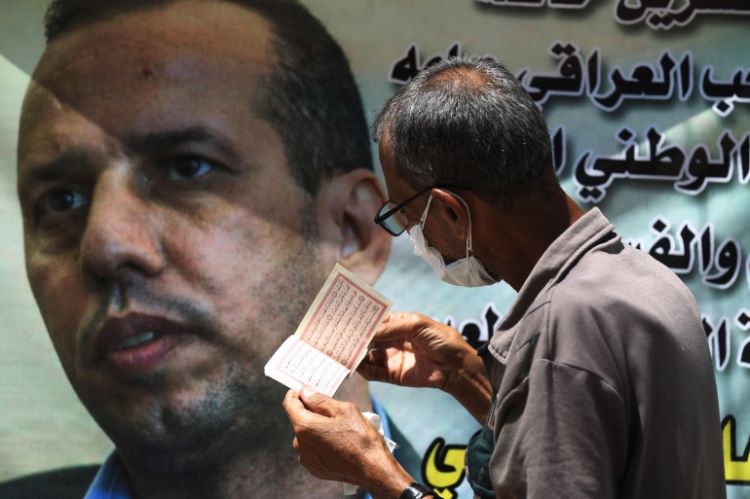 Iraq’s Prime Minister Mustafa Al-Kadhimi has announced, on his Twitter page, the arrest of a deputy of slain leader Abu Bakr al-Baghdadi of the Islamic State terror group (IS, outlawed in Russia) Sami Jasim who was the organization’s chief of finances on Monday.
According to the prime minister "While our ISF heroes focused on securing the elections, their INIS colleagues were conducting a complex external operation to capture Sami Jasim, who was in charge of Daesh finance, and a deputy of Abu Bakr Al-Baghdadi."
Iraqi TV reported that an operation to capture the terrorist was conducted outside Iraq. No details have been given.
IS militants occupied about a third of Iraqi territory in the summer of 2014. In 2015, government forces began a large-scale campaign to liberate these occupied territories with the support of an international coalition. In December 2017, the government announced the final defeat of the extremist group. Law enforcement continues to conduct operations across the country to mop up the terror organization’s underground cells since its militants continue to attack members of law enforcement, military and civilians.
On December 29, 2014, the Russian Supreme Court declared the Islamic State - IS - (before 2014 - the Islamic State of Iraq and the Levant, or ISIS) a terrorist organization. The extremist organization’s activities are outlawed in Russia.