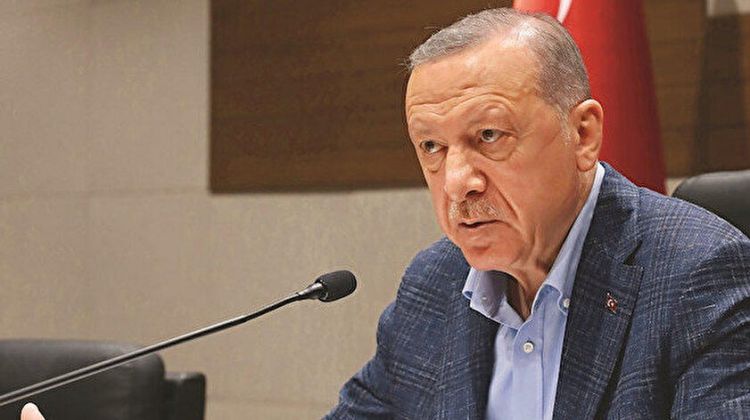 President Recep Tayyip Erdogan has said that the U.S. has made an offer to Turkey related to the F-16 fighter jets, Yeni Shafak newspaper has reported.

Erdogan made the remarks at the Ataturk Airport State Guesthouse prior to his visit to African countries.

“This issue is related to the well-known F-35 issue... It is about the payment we have made for the F-35s, which is $1.4 billion dollars. In the face of these payments, the United States made such an offer,” Erdogan added.

He underlined that Turkey aims to develop its fleet by modernizing the existing F-16s and by purchasing new additional F-16s.

“Within the scope of the F-35 program, we have to receive a payment of this money, as we owe it back. We discuss this issue in our meetings. We also attach importance to dialogue for the solution of the problem. As a result, there is a payment made, and our colleagues are currently working on the refund of this payment,” Erdogan stressed.

Turkey was removed from the F-35 program after the country bought the Russian-made S-400 missile defence system two years ago. The U.S. strongly objects to NATO members using the Russian system, saying it poses a security threat to the F-35s.

Turkey maintains the S-400 system's components could be used independently without being integrated into NATO systems and therefore they pose no risk.

Twelve countries participate in the F-35 program. The nine partner nations that participated in the plane's development include the US, Turkey, UK, Italy, Netherlands, Canada, Australia, Denmark, and Norway. All of these countries except Canada, Denmark, and Turkey are already receiving deliveries of the F-35. Israel, Japan, and South Korea also have received the jets through foreign military sales.