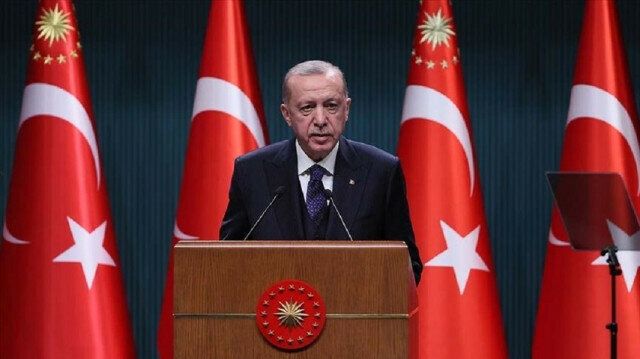 Turkey on Tuesday called for strong international solidarity against the PKK and Fetullah Terrorist Organization (FETÖ) – the group behind the 2016 defeated coup in Turkey – and other terror groups, stressing that their members and ringleaders should not find safe haven, Yeni Safak reports.

In a video message sent to day one of the Interpol General Assembly in Istanbul, which lasts through Thursday, President Recep Tayyip Erdogan stressed that Turkey – located at the intersection of Africa, Asia, and Europe – faces various security threats.

Instability in the region creates new threats in addition to the terrorist PKK, which Turkey has fought a four-decade war against, he said.

In its terror campaign against Turkey, the PKK – listed as a terrorist organization by Turkey, the US, and EU – has been responsible for the deaths of over 40,000 people, including women, children. and infants.

The refugee crisis, the emergence of the YPG/PKK – the terrorist PKK’s Syria branch – and Daesh/ISIS are among the threats that originated from the instability in Syria and Iraq, at Turkey’s doorstep, Erdogan said.

Turkey is the only country that directly fought Daesh/ISIS, he said, adding that intelligence provided by Turkey played a role in the thwarting of numerous terror attacks.