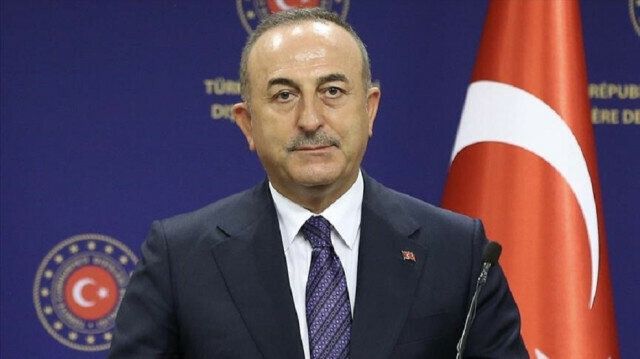 Turkey's foreign minister on Wednesday called for "calm and de-escalation" amid a row between Russia and Ukraine, Yeni Safak reports.

"We have been in touch with both sides and we advise calm and de-escalation," Mevlut Cavusoglu told reporters ahead of the second day of the NATO foreign ministers' meeting in Latvia's capital Riga.

Cavusoglu said he had spoken to the foreign ministers of Russia and Ukraine, Sergey Lavrov and Dmytro Kuleba, respectively.

Cavusoglu said he would meet with Kuleba again during the NATO meeting on Wednesday before more talks with him, as well as with Lavrov, during the two-day 28th Ministerial Council Meeting of the Organization for Security and Co-operation in Europe (OSCE) starting on Thursday.

"So, we are in touch on both sides and advising calm and de-escalation," said the Turkish foreign minister.

When asked about possible international sanctions on Russia, Cavusoglu said: "As Turkey, we believe that sanctions will not resolve the problems."

Asserting that sanctions have not worked in the past, Cavusoglu said: "Instead of sanctions ... we should have meaningful deterrence."

"As Turkey, what we believe in is the right balance between deterrence and dialogue. Nobody can help Ukraine or any other country only through sanctions."

"We and our President Recep Tayyip Erdogan have been emphasizing this during the summits and ministerial meetings of NATO."

Cavusoglu's remarks came after the NATO's top official said on Tuesday that Russia would face serious consequences if it uses force against Ukraine.