Three people injured after explosion near Donnersbergerbruecke station in Munich 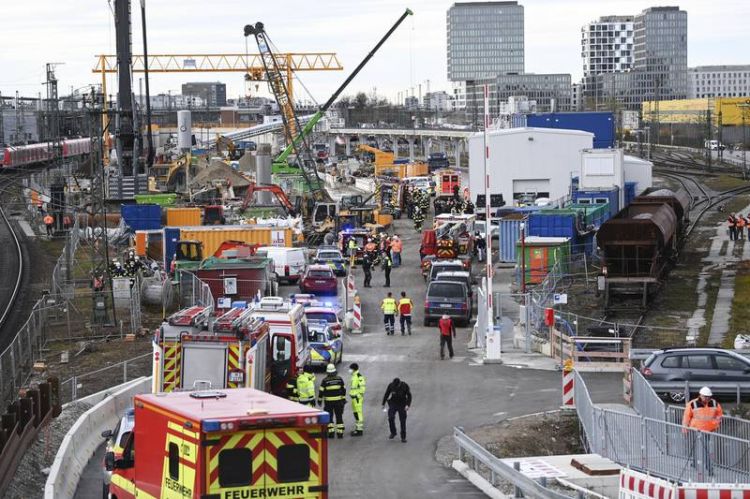 A Second World War bomb exploded at a construction site next to a busy railway line in Munich on Wednesday, injuring three people, one of them seriously, German police said.
A column of smoke was seen rising from the site near the Donnersbergerbruecke station.
The explosion happened during drilling work on a construction site, police said. The danger area had been cordoned off.
The site is located on the approach to Munich’s central station, which is a bit over a kilometre to the east. Trains to and from that station, one of Germany’s busiest, were suspended.
Unexploded bombs are still found frequently in Germany, even 76 years after the end of the war, and often during work on construction sites.
They are usually defused or disposed of in controlled explosions, a process that sometimes entails large-scale evacuations as a precaution.
British and American warplanes pummelled the country with 1.5 million tonnes of bombs that killed 600,000 people. Officials estimate that 15 per cent of the bombs failed to explode, some burrowing six metres deep.
Due to the explosion, rail travel to and from the main train station has been suspended, according to rail operator Deutsche Bahn. It was not clear when the rail traffic could resume.