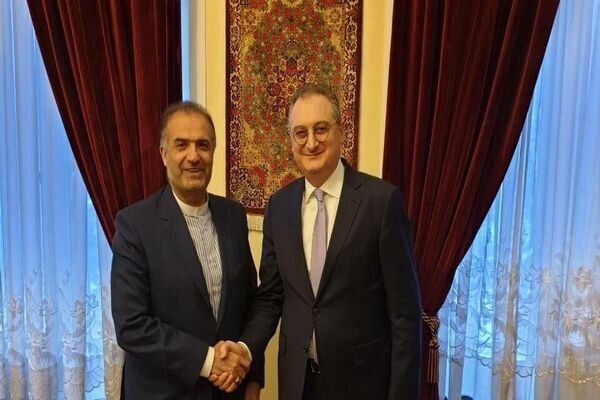 Iranian Ambassador to the Russian Federation met and held talks with Special Representative of Russian President for the Middle East and North Africa (MENA) to discuss bilateral ties and issues of mutual interests, Mehr news reports.

During the meeting, the two sides exchanged their views on bilateral ties, regional and international developments including Syria, Yemen, Lebanon and Iraq.

Jalali and Bogdanov emphasized the need for consultation and cooperation of the two countries on important issues in the region and also continuation of his contacts and meetings with concerned officials in this respect.