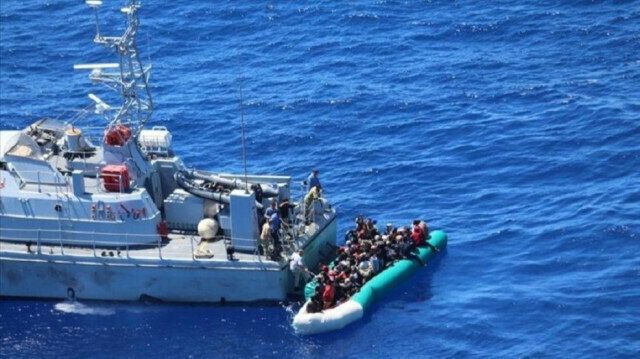 Turkish forces rescued 57 irregular migrants in a rubber boat off Kusadasi district in Aydin province who were pushed into Turkish territorial waters by Greek authorities, the Turkish Coast Guard Command said in a statement.

And security forces rescued as many as 25 irregular migrants off the coastal district of Datca in southwestern Mugla province.

Teams from the Coast Guard Command took action after receiving information about a group of migrants making their way on a rubber dinghy off Datca.

The migrants were reportedly pushed back by Greek forces toward Turkey's territorial waters.

All migrants were transferred to the provincial migration office.