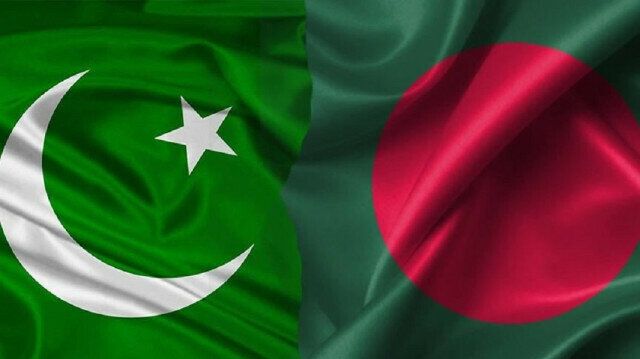 Pakistan envisions a friendly and strong relationship with Bangladesh, and the recent exchange of dialogue between the two countries on trade and economic ties symbolizes a new and bright start, according to a military official, yeni Safak reports.

Commanding Officer of 6th Frontier Force (FF) Regiment Lt. Col. Asif Ali made the remarks during a briefing to a group of journalists who were visiting Head Sulemanki, a border area adjacent to India, where they paid homage to late Maj. Shabbir Sharif Shaheed, who was killed in the 1971 war.

“Maj. Sharif was the company commander of the 6th FF. He was ordered to provide stiff resistance to advancing Indian columns and capture high ground at Sulemanki Headworks. He embraced martyrdom on Dec. 6, 1971, after fighting tirelessly for several days,” said the officer.

Sharif was directly hit by a tank shell as he was fighting "on the front line against the Indian army." He was posted in the 6th FF in 1964. He posthumously received the Nishan-e-Haider award, one of the three most coveted awards of the army.

“Bangladesh is our brotherly country. We should move on from the bitter past. The two countries have historical relations, and it is very important in today’s world to maintain good relationships with all countries in the region,” the officer said while answering a reporter’s question.

Along with the journalists, a group of war veterans that served with Shabbir during the war was also present and offered special prayers for his departed soul.

“Maj. Shabbir Sharif is the embodiment of courage. He fought like a lion that day. Even the Indian side’s officers were praising his bravery and courage,” said retired Maj. Shehreyar Ameerzada.

“We fought day and night and even crossed the border on the other side, still at this age I can fight for my country. My son is the fifth generation in the army. We can do anything for our country, and now we are even stronger and we can deal with any conspiracies against us,” Khan said with tears in his eyes.