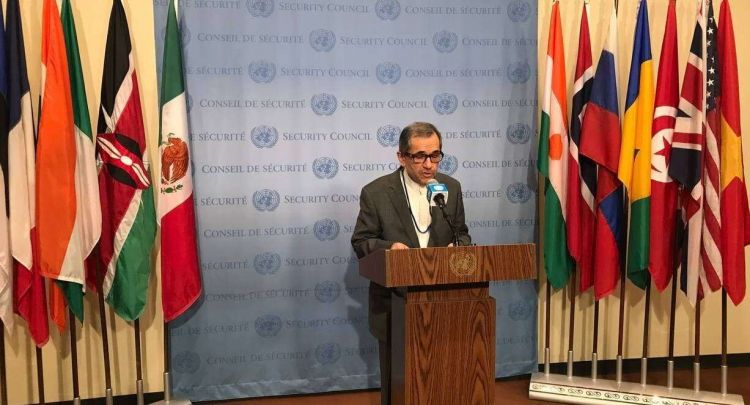 - Ambassador and Permanent Representative of the Islamic Republic of Iran to the United Nations Majid Takht Ravanchi in a letter called on the UN Security Council to hold US and the Israeli regime responsible for assassinating Lieutenant General Qasem Soleimani, İRNA reports.

"Given the dire implications of this terrorist act on international peace and security, the Security Council must live up to its Charter-based responsibilities and hold the United States and the Israeli regime to account for planning, supporting and committing that terrorist act," Takht Ravanchi said in his letter to President of the UN Security Council Mona Juul.

General Soleimani and former Iraqi Mobilization Unit Forces commander Abu Mahdi Al-Muhandis along with eight other companions were assassinated by the US army in a terrorist drone attack on January 3, 2020.